Robin and I enjoyed a relaxing breakfast at our hotel (Hotel Garelos) in Betanzos, and then pushed back for another on time pilgrim departure. We were heading uphill, and out of Betanzos, by 8:30. The weather continues to favor us. Today was dry with a high temp of 62 F. Robin and I quickly shed our base layers and walked all day in t shirts. As it turned out the climbing and the warm weather made that a good choice. Today's route offered more of yesterday's paths through eucalyptus forests, and along rural roads that kept us clear of traffic for most of the day. The one belated change for today was the move inland that gets us headed to Santiago, but also (and sadly) turns our backs to the sea. We shall miss contact with the water, but we do want to get to Santiago. 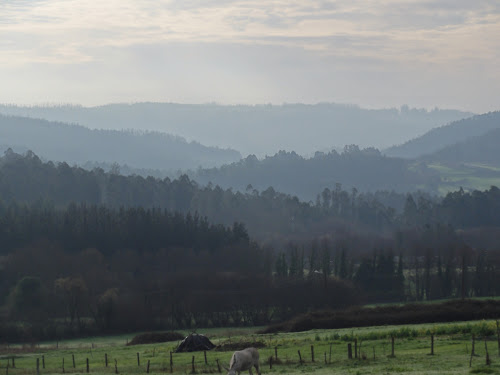 We had a very quiet, and pleasant day roaming through the countryside. This Camino has been well routed to keep pilgrims in a quiet rural setting in between major towns where services can be found. Despite the concern that surrounds the climb to Bruma, today turned out to be a pretty average day as far as exertion was concerned. We had a little huffing and puffing climbing out of Bertanzos (nothing serious), then we went up and down and finally over a couple of ridges. It was now about 11:00. At this point we seemed to be mostly in a descent, albeit interrupted by occasional climbs. We arrived at the Bar Julia (18 kms from Betanzos) at 12:50. This was the only bar open along today's walk. Robin and I walked in just as they were opening. They said food was available, but after taking our drink order all hands returned to cleaning and prepping for the trade of the day (I thought that included us). One lady had about 50 gallons of crepe batter and was cranking out finished product using a gas fired pan that cooked several at a time. She kindly slipped us a few to stave off our hunger, but we could not get anyone to stand still long enough to take our order. Finally, we trapped one lady and she agreed to make us a couple of sandwiches. Wow, what an effort. We wolfed down the food, as we were anxious to get going and see what the dreaded climb to Bruma had in store for us. About ten minutes later we were looking uphill to where we had to go. It looked steep, but no more so than what we had already experienced on this Camino. It was steep enough that we had to short step our way for the first km, the path then gave up some of its pitch and we could lengthen our stride, but just a bit. As we rounded bends there was always more uphill work to do. We clomped along and about 35-40 minutes later we were in much flatter terrain (normal walking gait). There were a few more small elevation gains, but "the climb" was behind us. In retrospect it wasn't that bad because it was so short. I was expecting unending kms of uphill work, but the bulk of the huffing and puffing was finished after 45 minutes of climbing. This was a very pleasant surprise, and gave us little kick to the finish, at the albergue in Bruma, where we arrived just before 4:00. We had arrange to be picked up there and brought to Meson Novo (a nearby pension) where we are spending the night. Tomorrow we are expecting rain to move into the area. We have had a good run of luck with the weather lately, so a bit of rain is what it is, and we will deal with it. No fine dining tonight, just hamburgers at a local cafeteria. We are tired, but far from total collapse. Another day and a half and we will be in Santiago. Plans are already brewing for a little celebration. All is well (thank God). Ciao. 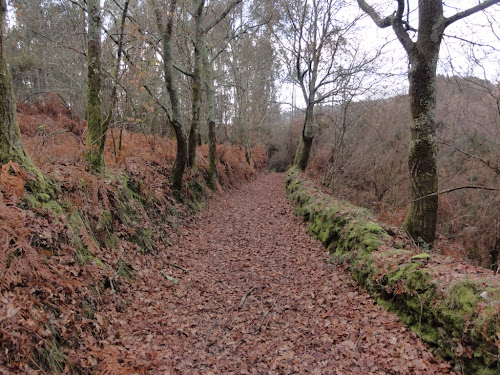 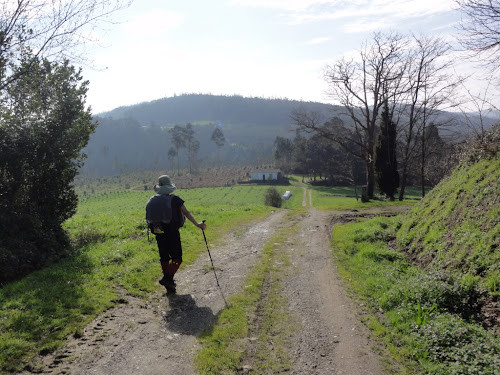 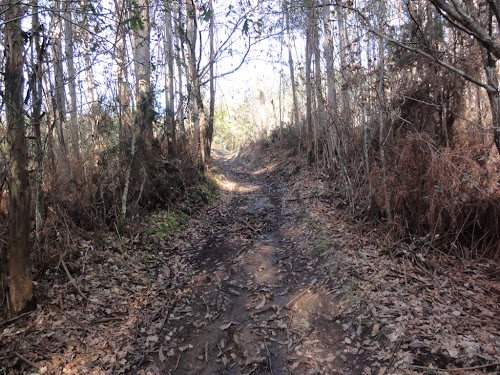 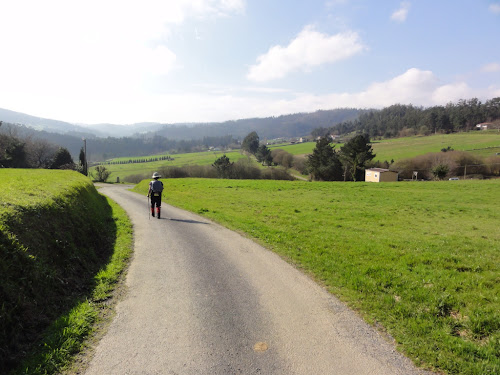 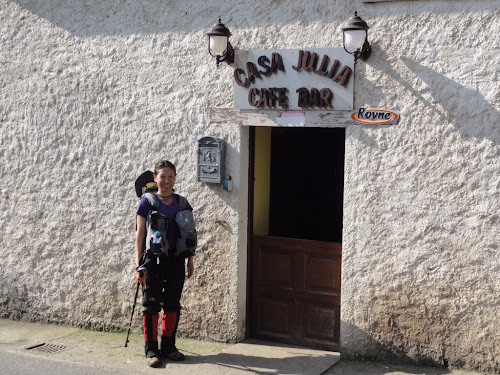 Posted with Blogsy
Posted by Kialoa3 at 10:44 AM