We left this morning dressed for rain as the forecast gave it a 65% chance. There was also one of those exclamation marks next to the day's forecast (but no further elaboration). I did see a half inch of rain in the forecast, so that sort of clarified the exclamation point. We started out under cloudy skies that really did not look that bad. As we moved along those skies took on a more threatening look. We pushed on along mostly flat terrain heading up to a ridge of windmills. It was a long slow climb that gave the weather a chance to grow into a full menace, and then embrace us with its fury. At first, as always, a few drops were felt. Robin and I popped open our umbrellas even though the wind was rising, and I had questions about how much wind they could be effective in. We were about to find out. We fortunately traveled along some wooded paths that sheltered us for a bit, but then it came time to pay the piper as we dropped onto an open road and the wind and rain rose to a crescendo. At this point we had rain pants and gaiters on, but no rain jackets just our umbrellas. We put them to the test as the wind gusted close to 40 mph, and the rain came at us as if out of a fire hose. At this point we couldn't change into our jackets as the conditions were so bad. So we hung on with our umbrellas which were now being bent in ways they were never ment to be bent, but they did not break (amazing). We walked along into very strong headwinds, always climbing towards this bloody ridge of windmills. Up and up, wind and more wind (how much harder can it blow), rain and more torrents of rain. It was an absolute mess. We hung on to our umbrellas with one hand and brought our trekking poles into a cruciform configuration to keep the whole show from folding back on itself. We struggled up, and up until we found a main road and opted to walk that to the next town instead of going up into the bush in those conditions. A kilometer, and many umbrella adjustments later, when the wind seemed poised to simply carry everything away, we reached the summit of our climb, and started down off the ridge. I would like to report that all quickly calmed down as we descended, but that was not the case. Each bend in the road brought another blast of wind, and a good hosing down with torrents of rain. All we could do was keep inching forward against the weather that was determined to stop us. Fortunately we had the strength, so we just leaned forward, soaked to the core, and placed one squishing step ahead of another until an eternity later the hamlet of El Acebo loomed into view. As we squinted into the tormenta we could see signs of life ahead. We set our course for the building in sight, and step by step we closed the distance. As we fell through the doorway we found a handful of others sheltering from the storm. Inside the dimly lit, tiny bar, a quick head count was taken and four of us opted for a taxi out of this weather and into Fonsagrada. We had climbed up and down about 13 kms, and the taxi would take us the final 12 kms. We were done for the day. In truth, the afternoon's weather moderated, but we wanted no part of it. All we could think of was how to get everything dry for a fresh start tomorrow. What a hell of a day. Not many photos as we were preoccupied with the weather. Actually, I would be hard pressed to even describe the areas we walked through, once the rain started, as we were so tucked down under our flexing umbrellas. The forecast for tomorrow, and the days ahead, looks much better. I'll let you know. For now, it is time to sign off and get some sleep. It is now 8:30 pm and we are still wringing water out of some of our gear. 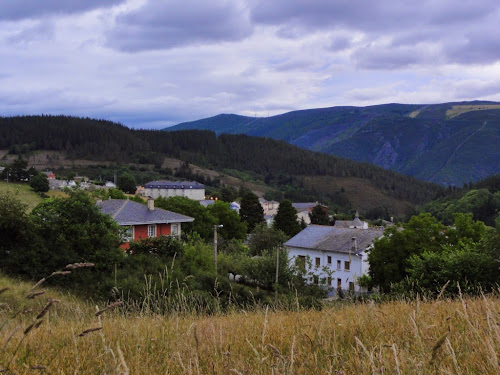 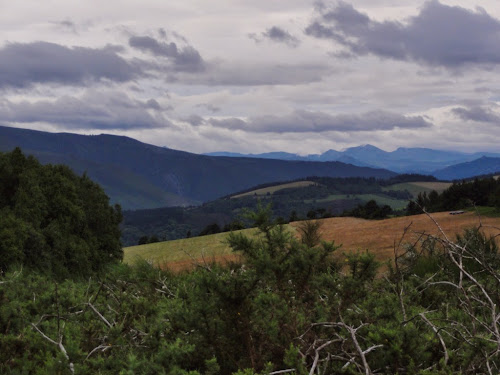 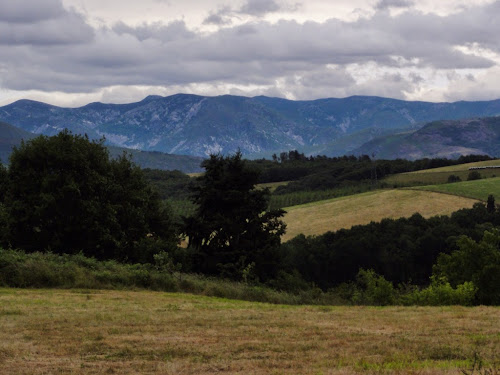 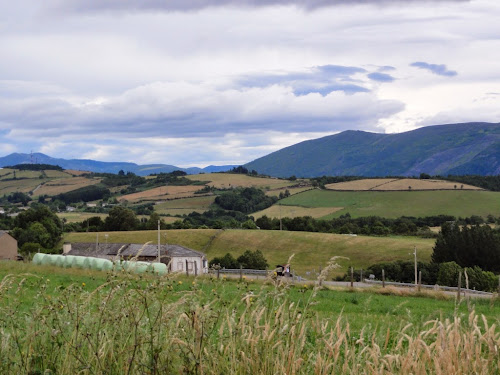 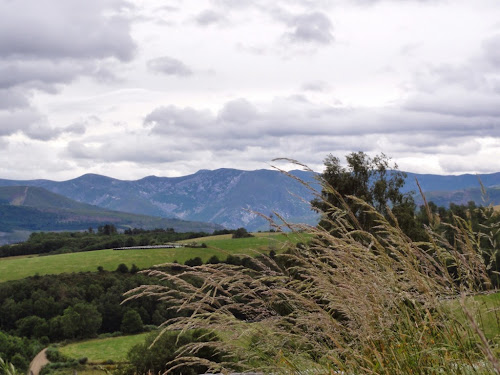 Posted with Blogsy
Posted by Kialoa3 at 11:40 AM