We left Cádavo with little sleep. Last night there was a bar having one hell of a party less than a block from our hotel. I reached for my ear plugs at 3:30 am, and they were still hitting it hard. Doesn't anybody have something to do on Monday other than nurse a hangover? Apparently not. As soon as the hotel reception opened the next day Robin, and I bolted for the door anxious to convert whatever energy we had remaining into kilometers gained towards Lugo. We didn't bother with breakfast or even coffee. We just wanted to get moving. The morning broke with the surrounding hills shrouded in mist, and (finally) a sepulchral quiet. We huffed and puffed up the hill out of town, and then enjoyed a series of downhills, and small hill climbs all the way to Lugo. We walked on a fair amount of roads today, but for the most part, they were quiet rural ones. The guide book says it's all downhill to Lugo, but that is not quite accurate, as several climbs came our way as we made our way towards Lugo. There really weren't many sights to see today. We did stop and admire the Church of Santa Maria in Vilabade. It had an unusual wide porch around it that probably sheltered pilgrims coming down the Primitivo in the 15th century. As we walk this Camino we have seen so many churchs, pilgrim hospitals, and shelters that connect us back to those many other pilgrims, who over the centuries past, found themselves walking these same trails. I find it to be very humbling to connect back across time like that.

I would like to say that the day slid blissfully by, but in truth, we had to dig deeply into inner reserves to reach Lugo. We were just tired, and our feet wanted to stop walking. But, there were more kilometers to go before that could happen. So, after about 7 hours of walking we finally snaked our way up to the city wall, through St. Peter's gate, and into the old city of Lugo. We are booked into the Hotel Pazo de Orbáne. Our plan is to lay over here for an extra day, and leave on Wednesday to continue our Camino. At this point we are planning to arrive in Santiago on July 6th. We are almost there. 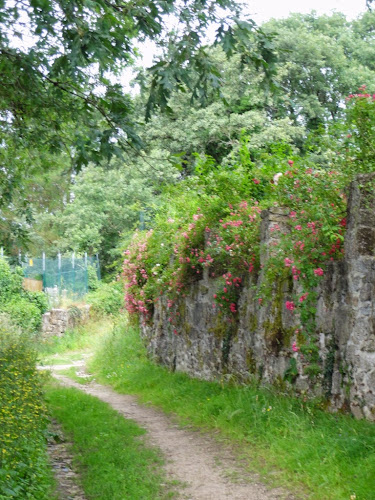 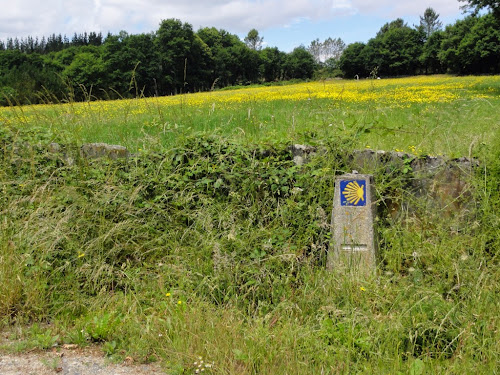 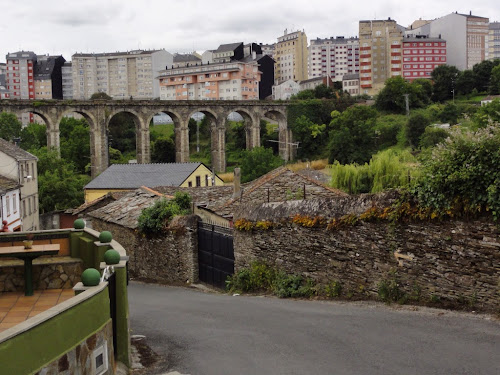 Posted with Blogsy
Posted by Kialoa3 at 12:22 PM