In retrospect: The Chemin St. Jacques 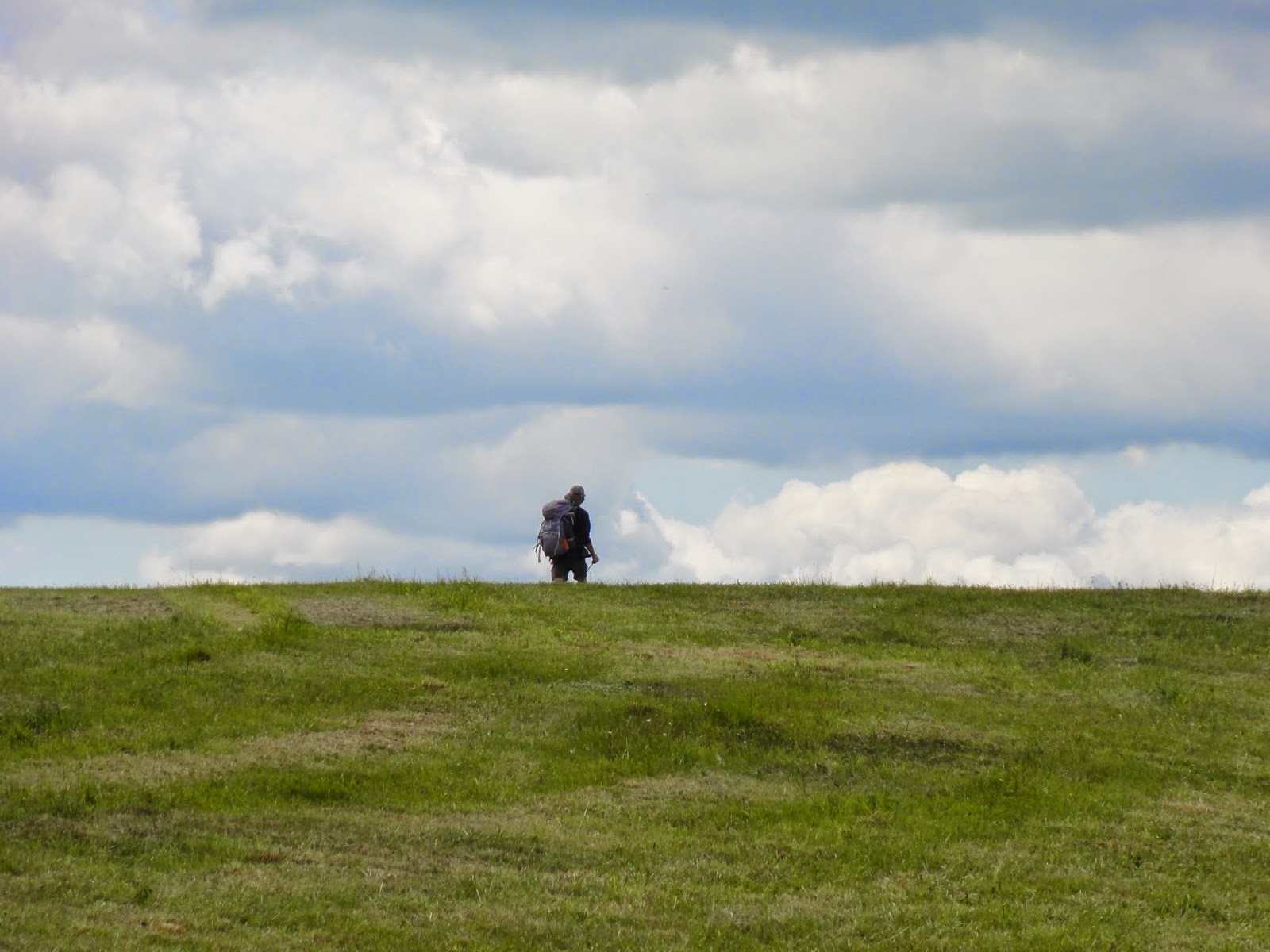 Now that Robin and I have been home for a bit more than two weeks it is time to look back on our latest camino and reflect on the routes walked, and the gear we walked with. First, with regard to the route we walked. We left Le Puy en Velay, and followed the Chemin St. Jacques (GR 65) to St.Jean Pied de Port. At St. Jean we took a bus to Bayonne, and then trains to Hendaye, and Irun, in Spain. We left Irun, and followed the Camino Norte for a bit over two weeks until it intersected with the route to Oviedo, and then we walked from Oviedo along the Camino Primitivo to the Camino Frances, at Melide, and then onward along the Camino Frances into Santiago. We walked for 63 days through a wide range of scenery and weather, and eventually found ourselves being swept along the Camino Frances into Santiago along with a horde of other pilgrims and adventurers.

It was simply a wonderful journey. Not always easy, or at times pleasant, but wonderful nonetheless. Many people ask would you return (a second bite at the apple), and I am always hesitant to affirm what I might do. A pilgrimage is based in the present so to zip forward into the future seems, at the least, a bit reckless. Who knows what tomorrow will bring, nor should we. Just try to be ready as best you can. But, from a pure like or dislike point of view I can say the following. The first couple of weeks along the Le Puy route are, in my opinion, the best of it. The terrain approaching the Aubrac Plateau, walking along it, and descending down from it are just beautiful. I noticed many people walking as far as Conques, or Figeac or even Moissac, but beyond that it is only the through walkers bound for St. Jean, or more likely Santiago, that push through the Gironde valley and the flatlands associated with it. Just a quick word about the Célé Valley variant from Figeac. We walked this route and thoroughly enjoyed it. My only criticism would be the hype associated with visiting St. Cirq Lapopie. France has many pretty little villages and St. Cirq is just another one. It is a little touristy for my tastes, and it simply isn't that special. But, to each his own. Rocamadour was another diversion we took (by train from Figeac) and enjoyed the cliff hanging town for the day we spent there. It has a touristy feel to it as well, but there is a lot of history, both religious and secular, underpinning the town that helps mute the roar of the throngs descending from the tour buses.

If this is your first time walking the Le Puy route then by all means do its entirety. You will not be disappointed, but if it was a second time through I am not sure I would walk the second half as the scenery, while pleasant, isn't stunning, and the amount of road walking is significant. On behalf of all French citizens, I apologize for the stereotypes forced on you by unknowing Americans (and others). My experiences were quite to the contrary. The French people we encountered were kind, helpful, and fun to be with. They have a beautiful country, and they seem to know how to enjoy it as I noticed (and learned) how many holiday makers seem to spend their time just walking through the countryside (time and time again).

France has a system of hostels (gîtes) that are mostly privately operated. Unlike the municipal albergues in Spain, where reservations are not permitted, the gîte system in France recommends it. We found this particular true in the month of May where a few national holidays (Google national holidays in France before you go) allow people to tag on personal vacation days, and enjoy a nice long holiday. In our experience, many of those people were walking the GR 65 just for the fun of it. This puts a bit of strain on the available accommodations so reserving a bed (especially in May) is essential. I read much about shop closures on weekends and Mondays, but we always found something to eat or drink, and did not notice much inconvenience. Admittedly, the smaller the town the more likely you might find the one market closed. In those situations the demi-pension (bed, dinner, and breakfast) selection would be prudent.

The Le Puy route has a bit more concentration of hills early on and this can come as a surprise to those who set out not quite as fit as they should be. We encountered many people who had leg and foot problems due to the early demands of the journey. They simply overused parts of their bodies that were not yet adapted to the terrain. The trails can be steeper, narrower, and rockier than what people see on the Camino Frances. In many cases the words goat path come to mind as I try to describe some of the trails. But, with reasonable preparation, the route is very doable, and I highly recommend it. We also had the benefit of unusually pleasant weather. Many of the trails would be much more challenging in a steady downpour. We, for the most part, were spared that experience. As the Camino Frances becomes increasingly more crowded I foresee many more people walking the Chemin St. Jacques. My guess is that they will not be disappointed. Next the Camino Norte.
Posted by Kialoa3 at 12:41 PM