An afternoon walk along the river

Today we found ourselves making the rounds of the market right before Robin and John R. met for a final rehearsal for tomorrow's masses at San Agustin. The market lies right next door to San Agustin so it was very convenient for a quick walk through the various stalls looking for wine, cheese and ham. Before long we had reached the limit of what we could carry and set off for the church. We still had about 10 minutes to kill so we stopped at a nearby cafe, ordered two cortados and waited for John R. to come by. Just as planned 5 minutes later we were saying hello to John, and 5 minutes after that we were stepping into the church.

The very successful rehearsal was followed by a quick beer and some tapas before heading home. The cloud cover was mercifully intact only letting a scant few rays of sun through from time to time. This kept the temperature in the mid 70's. Carrying the tonnage we had with us that was a very significant plus. Once in the door and off loaded we went for the mini siesta before setting out for our afternoon walk, about an hour later.

There is a river, a very small one, just nearby where we live. It has a footpath, is shaded, and is quite pleasant. So our plan was pretty simple. We would follow the river for a bit, do some exploring, enjoy the cool afternoon and wind up back home around 5:30. So off we went and this is what we saw. 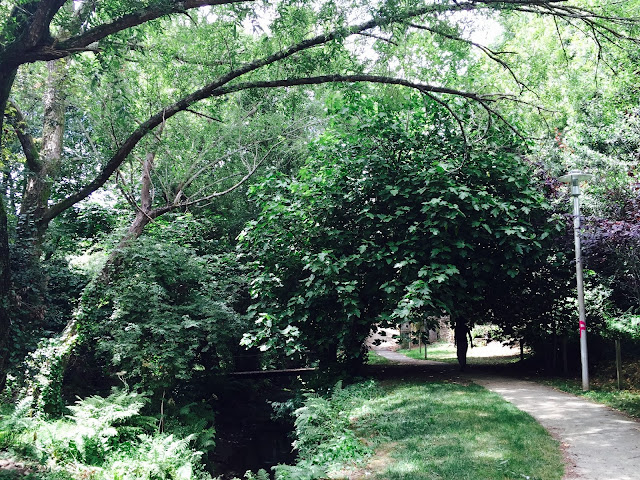 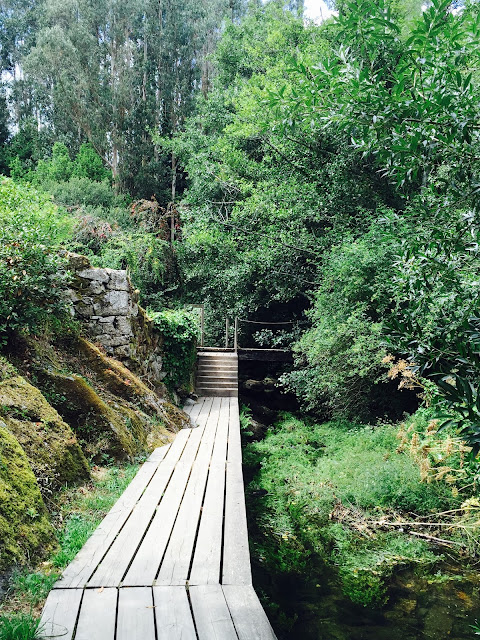 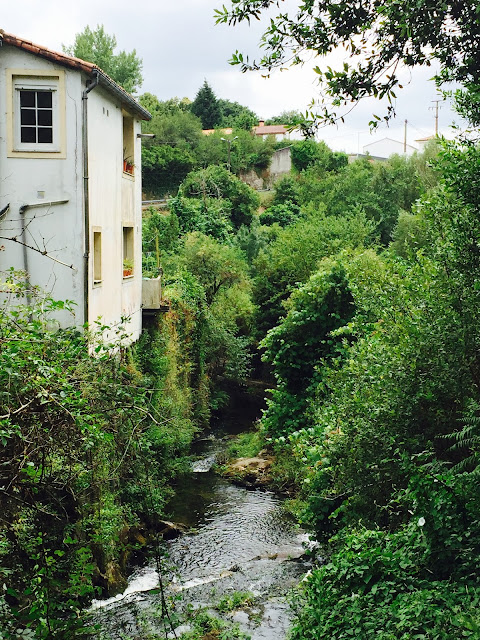 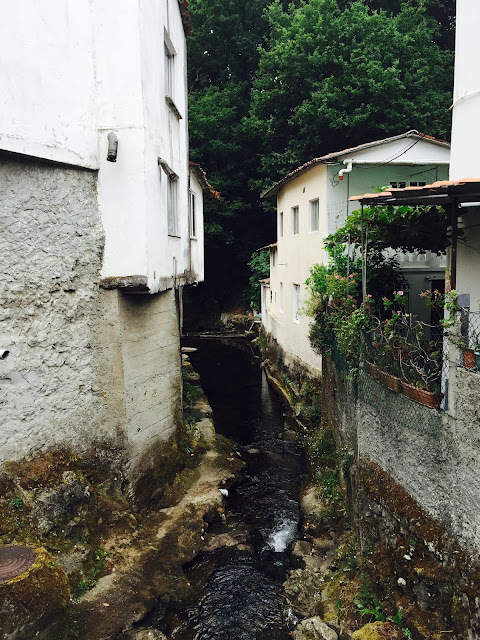 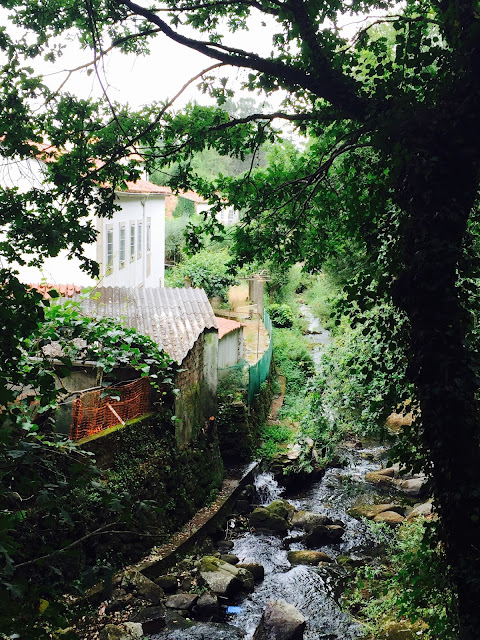 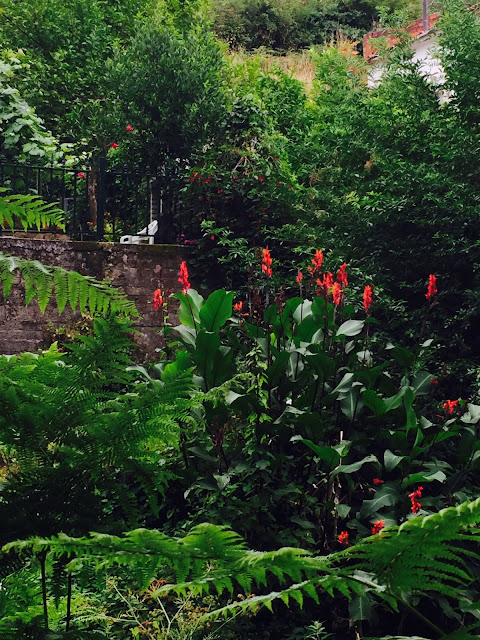 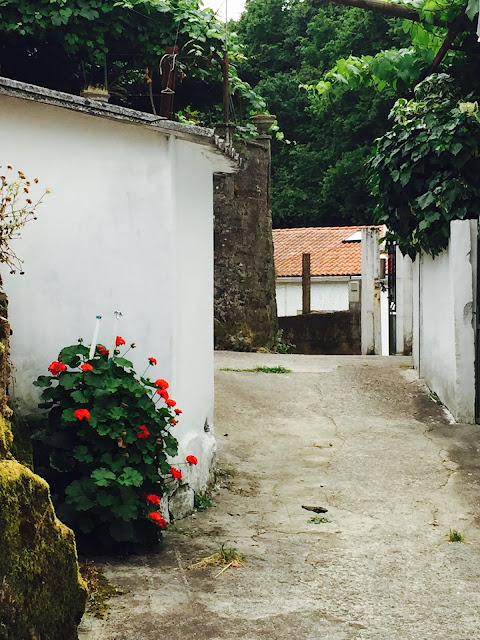 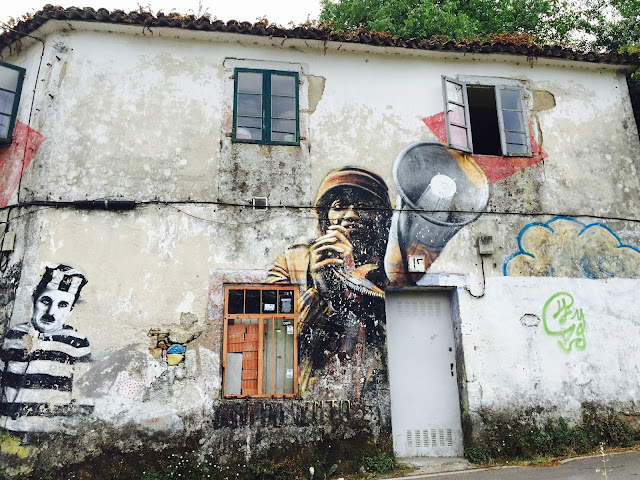 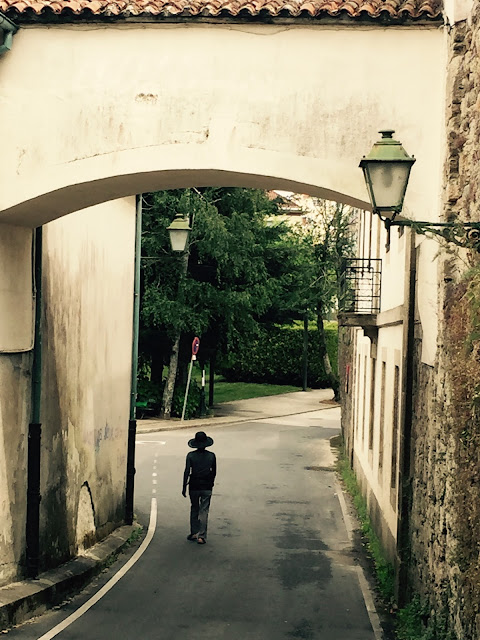 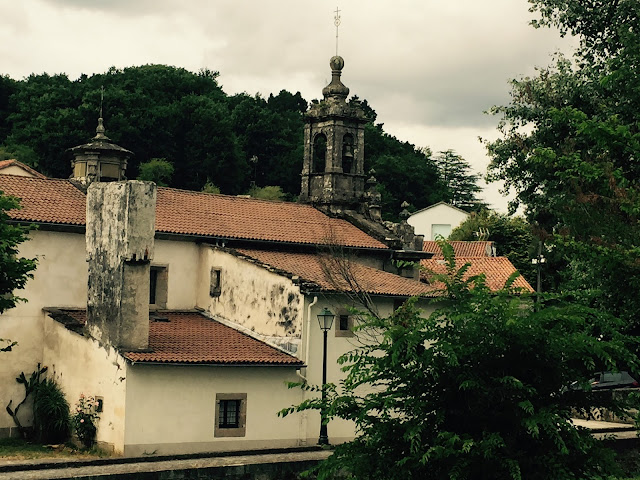 All this followed by a very light dinner.