And then there is lunch

Yesterday, after morning mass, Robin and I headed off to find a coffee (not much of a challenge). We were to meet John R. at San Agustin so the he and Robin could rehearse the music they would be using for Sunday's mass, at the same church. The weather has slipped into a period of cool mornings and just warm enough afternoons to rate it as perfect for our preferences. A fine rehearsal was held and all the notes seem to hang in their proper places so after about 45 minutes of very pleasant music filling the old church we slipped back into the street and headed off towards home. We walked past two other churches that John has his eye on as future possible locations for English language masses. We toured them both and agreed with John that these could both be ideal locations should the need arise. Now, with that small reconnaissance behind us we parted company with John and continued on our way home. We slipped through the Plaza Inmaculada amongst the throng of pilgrims and visitors,  went down through the arch and out into the Plaza Obradoiro, past the Parador Hotel, following the yellow arrows on the ground that mark the route to Cape Finnisterre, and also to our apartment. 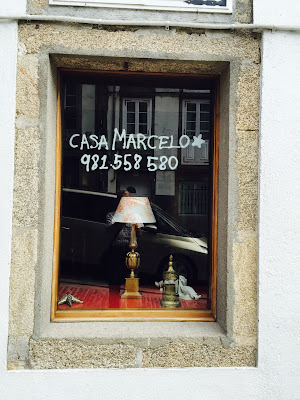 On a previous trip along this route we has noticed a fine looking restaurant in the Rua Hortas just below Rua Carretas on the left. As we passed by we noticed it was open so in we went, just curious. It had a modern decor without being sterile and the layout placed the diners at least in part right around the kitchen area. This is where we were seated, and where the show was about to begin. First of all this is not an every day restaurant as it a bit on the pricey side, but the menu looked intriguing so it was in for penny in for a pound. It is a rather small place but well laid out so that everything from food prep to food service seemed to flow seamlessly. We were watching what others were ordering to get a sense of what we might try when a young lady, who spoke very good English, offered to help with the menu. I got the sense that she might be the owner's wife. She was very helpful and quite accommodating. So now that we had food on the way we turned to the wine list and followed a recommendation and selected a very nice Ribeiro. It was fun enjoying the wine, watching our meal come together in front of us, and then finally savoring the very well prepared and flavorful food. We were sitting just down from two guys who had ordered a whole fried fish. It looked stunning. They caught my eye and waived me over. They were two businessmen. One was from Bilbao and the other was from Porto. 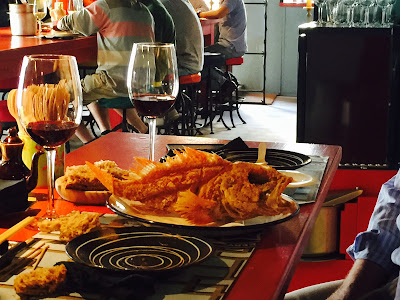 They were singing the praises of this restaurant and in particular the fried fish. Before I knew it they were dissecting a piece of the fish and passing it over for us to taste. it was indeed well prepared and quite tasty. Our meal arrived in stages as dishes were prepared. We had a cherry tomato salad, an eel dish that was remarkably like unagi donburi, a spicy tuna dish, and grilled pork short ribs. The dishes arrived at a pace that was unhurried but timely. Once we had finished eating our waitress invited us to sit out in their back garden and finish our wine. It was beautiful, calm and peaceful. A perfect way to end a very enjoyable meal. 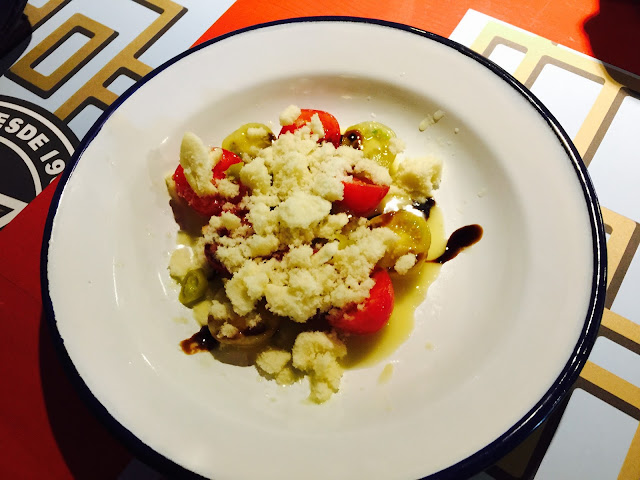 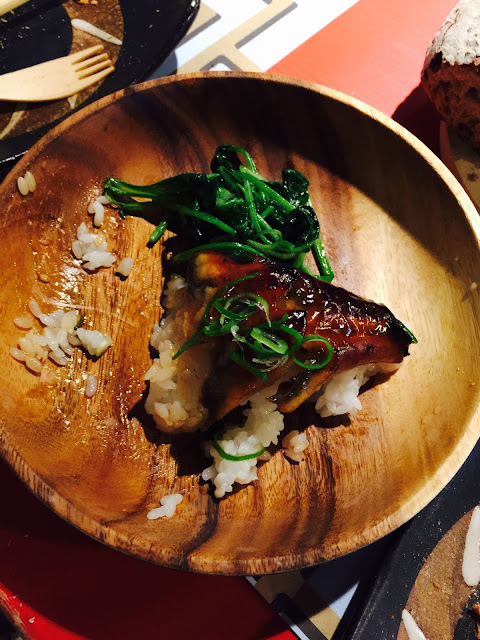 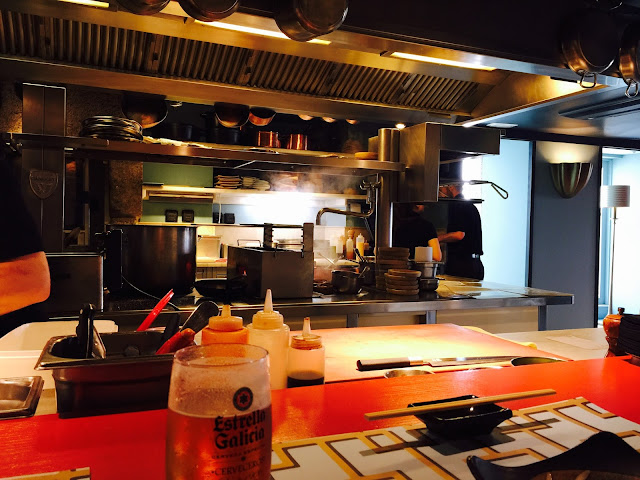 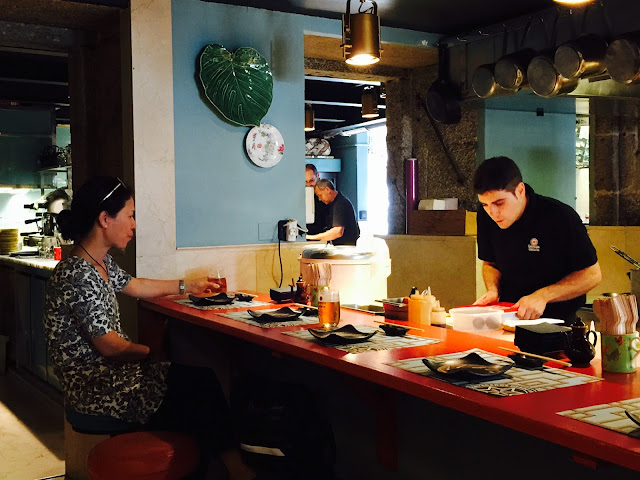 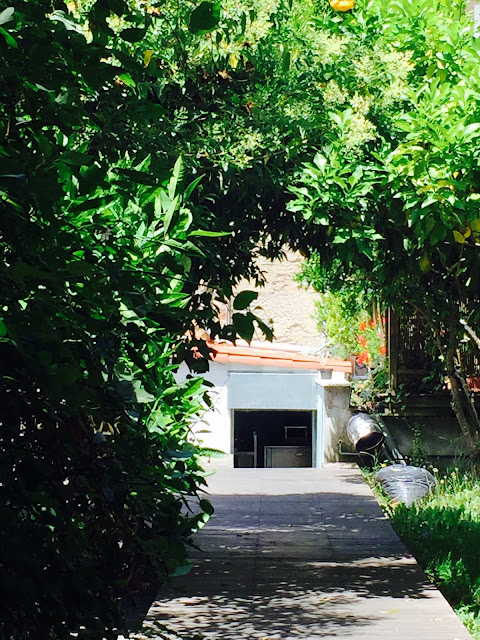 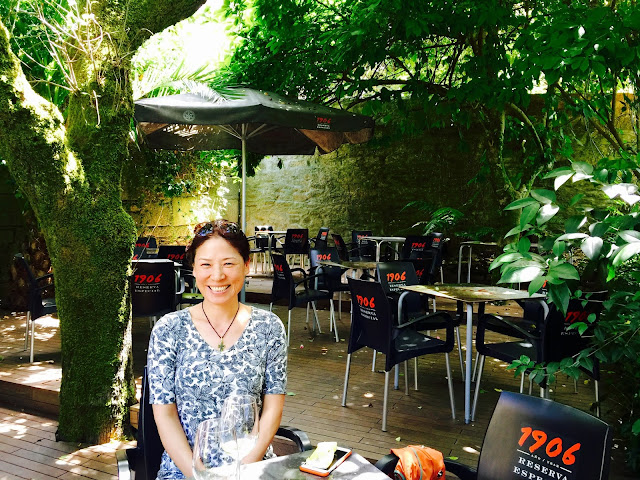