Our final day on this Camino dawned clear and crisp, with spectacular views unfolding as the dawn pushed back the night. The view from our hotel window captivated us to the point that we just sat and watched as the day came to life. Finally the church bells calling the monks to prayer at 7:00 (I am making a guess here as there was some serious bell ringing going on) got us moving and down to breakfast at 8:00. As we walked about 4 K of today's walk yesterday coming into Montserrat we opted  to start out this morning from Cristòfol. It was a beautiful day with the rising sun offering promise of a milder day ahead. We walked along rural paths and roads for most of the day, with one exception. This was a guardrail hugging sprint for about 500 meters that caused us to slam our butts into the rail (add a big inhale) when trucks were forced our way by oncoming traffic. We were delivered and released a huge sigh of relief as we turned left onto a gravel road that was mercifully devoid of traffic. This same road led us upward in a prolonged moderate climb that eventually opened up a distant view of Manresa below us. We carried on enjoying the warm early afternoon air, gradually peeling away unnecessary gear as the temperature rose.

We dropped slowly down and into the rural suburbs of Manresa. Here we followed narrow paths through fields and along stone walls until we came upon the Torre Santa Caterina, an old watchtower that overlooks the city. Here we could see Manresa spread out before us and La Cova (The Cave) complex dead ahead. We started a slow steep descent down a tricky and rocky path, crossing the Old Bridge that St. Ignatius would have crossed as well. We had no idea where we were going except to the La Cova complex to find someone who could direct us to the Pilgrim Office. That someone turned out to be the receptionist at the Jesuit Retreat House, the only office we found open. She kindly explained that pilgrim affairs were handled in the church office that would open at 3:00, one hour from now. We opted to find our lodging for the night, and return later. This we did, after a quick bite to eat as well. We did our best pilgrim shuffle back to the church, where you enter to visit The Cave, and presented ourselves to the lady manning a desk in the sacristy. She spoke little English, but we communicated who we were (pilgrims from Loyola) and what we needed (credentials stamped and completion certificates), and she got to work. We shortly had our documents and were officially entered into the database. She did tell us one other person had arrived from Zaragoza a couple of days before us, but we were the first pilgrims to arrive this year from Loyola. We never saw a single pilgrim along this route in 27 days of walking (other than 12 bound for Santiago, on the Camino Frances in Logroño).

Our arrival today was expected to be different from a Santiago arrival simply because there are so few pilgrims that little fanfare is warranted. Once we received our documents we were told that we could not visit The Cave as repairs were currently underway. So, it was a bit of a strange arrival, and yes a bit of a let down. In fairness, after such a such a great experience in Montserrat, it would be hard to improve on that. But, we offered our prayers of thanksgiving in the church and slipped out the door as more construction workers slipped in.

Our plan was to spend two days here, but that has now changed. We will break camp tomorrow and head for Barcelona a day earlier (things could be worse). The train station is just down the road, and our host here in Manresa told us that the trains to Barcelona leave about every 30 minutes (6 euros). For now we are back in our apartment undergoing the transformation from pilgrim to turista. Our work here is done and it is time to start thinking of home and things to come. This Camino has touched Robin and I in a way we did not expect. In many ways we both agree that this was the best Camino we have walked, not because of anything other than how it moved the needle on our faith journey. It just seemed to have a life of its own, that happened to include us (if that makes any sense). But, I think I will let the roots of this journey sink a little deeper before saying anything more.

Thanks to all of you who shared this remarkable journey with us. Reading encouraging comments, that seem to arrive just when you need them most, is always a blessing. Robin and I will post some follow up comments once we get home.

Peace and blessings from Manresa, 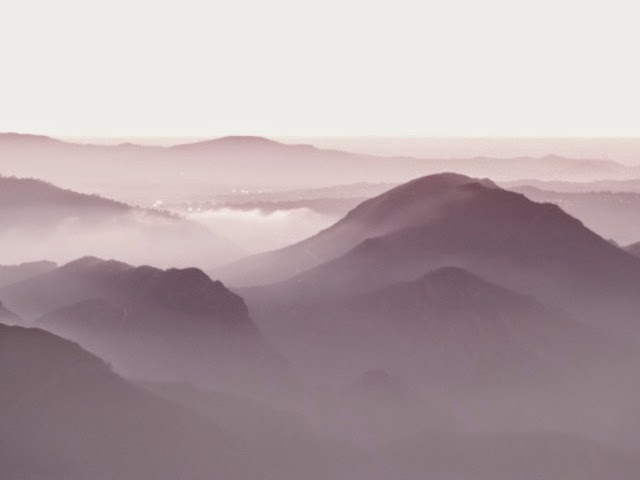 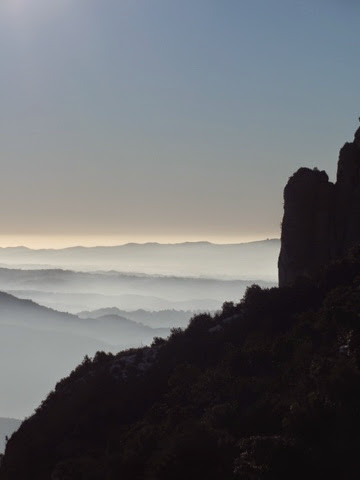 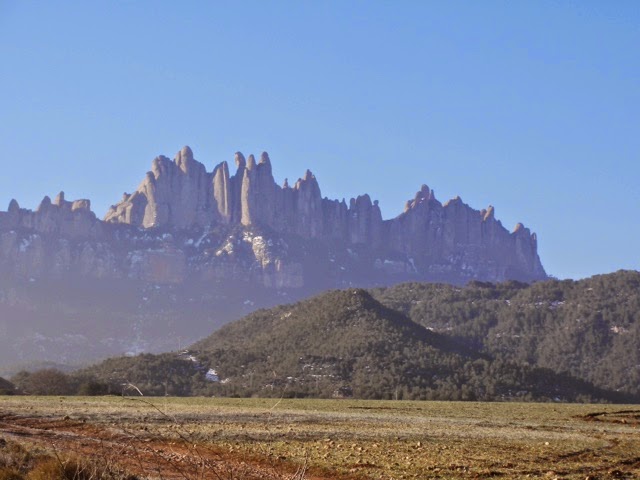 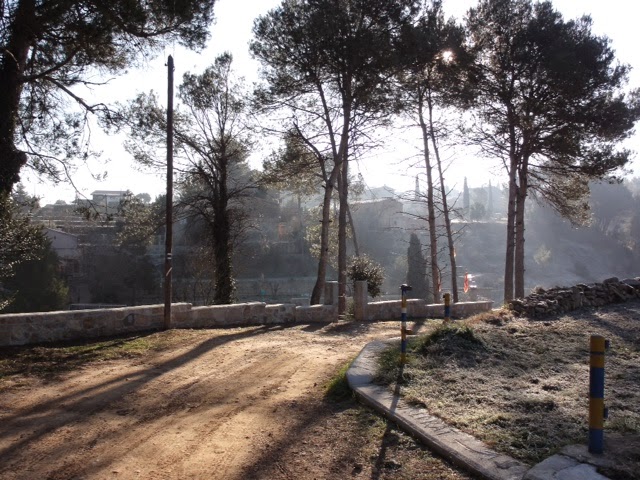 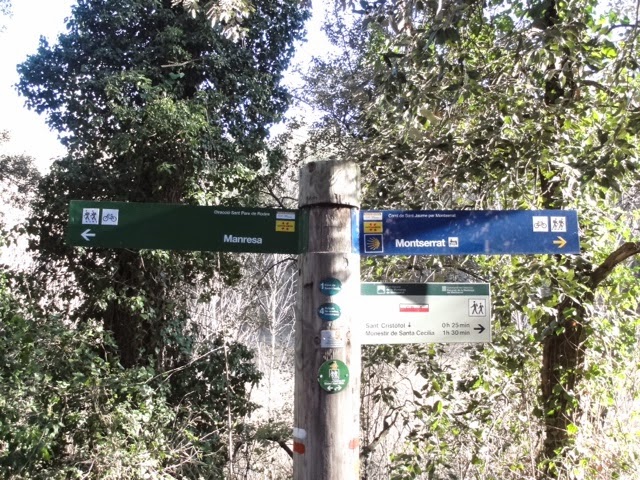 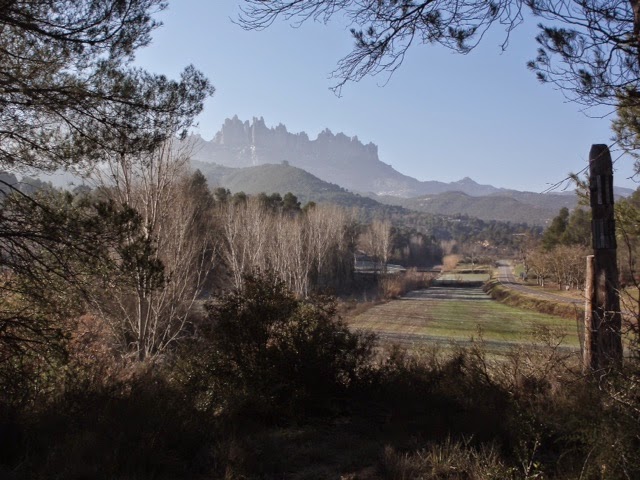 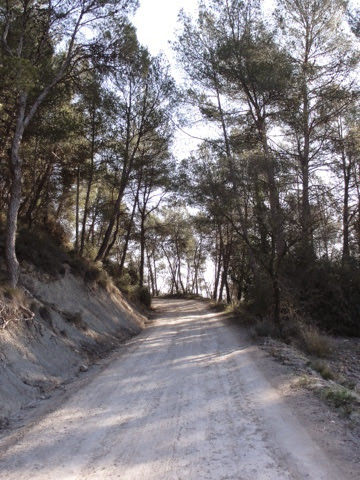 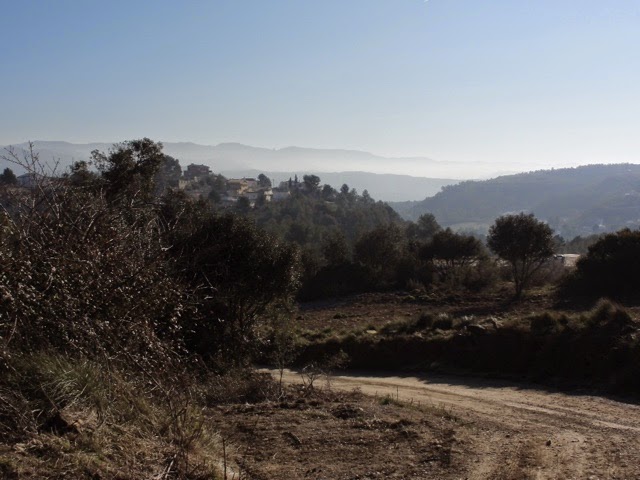 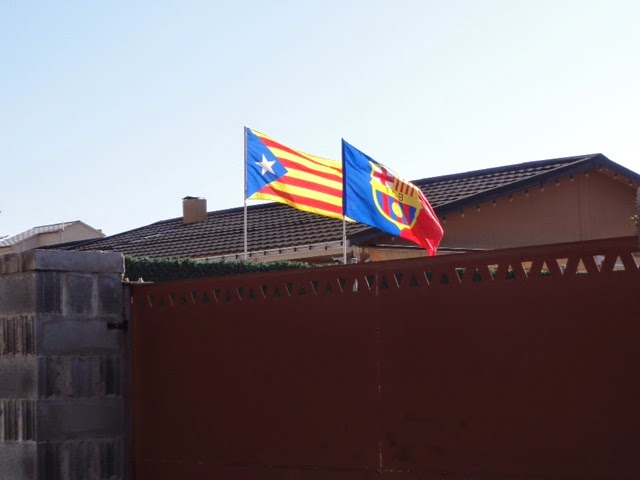 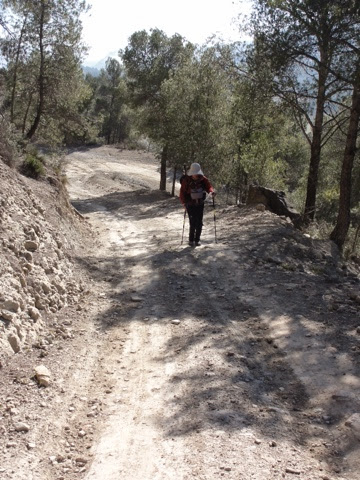 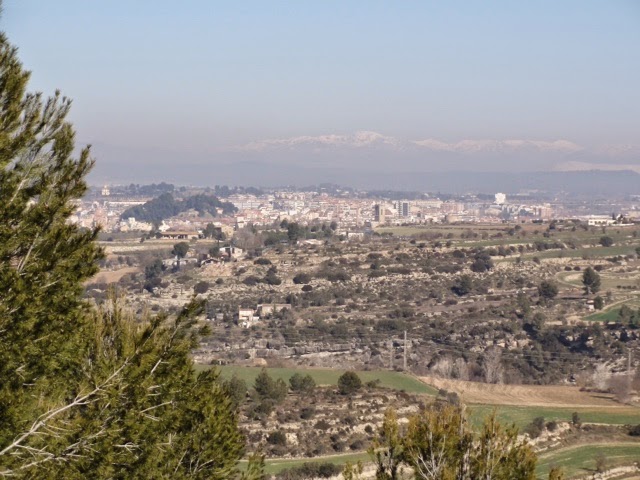 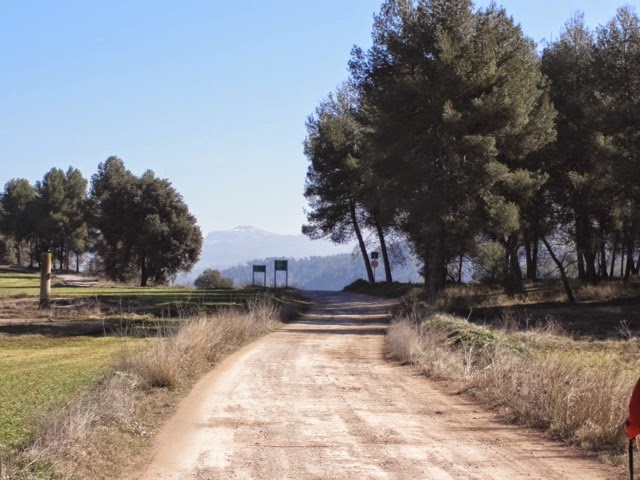 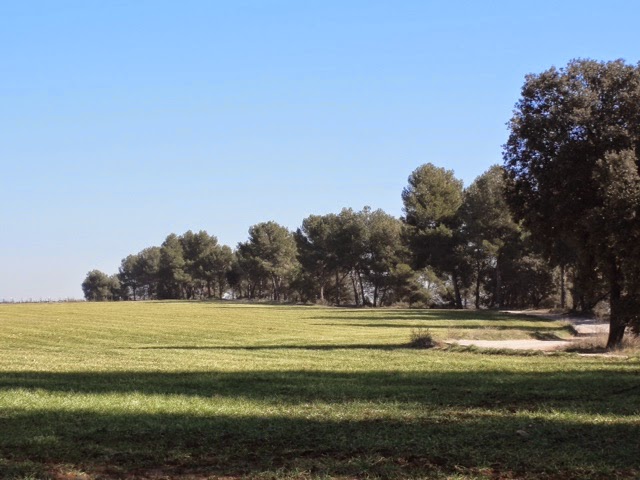 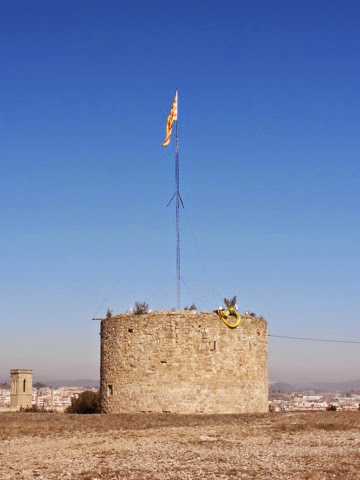 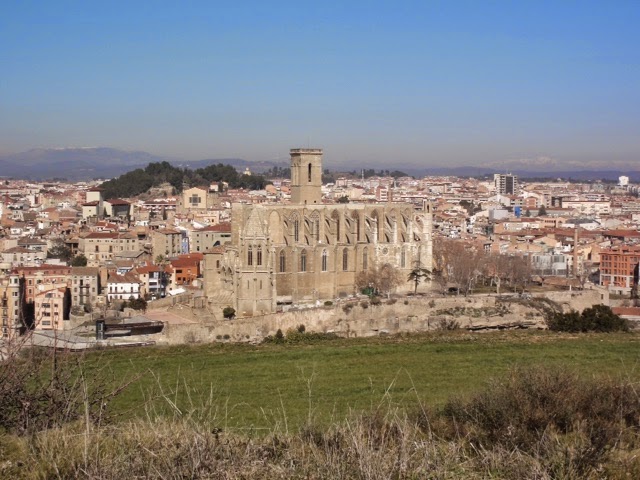 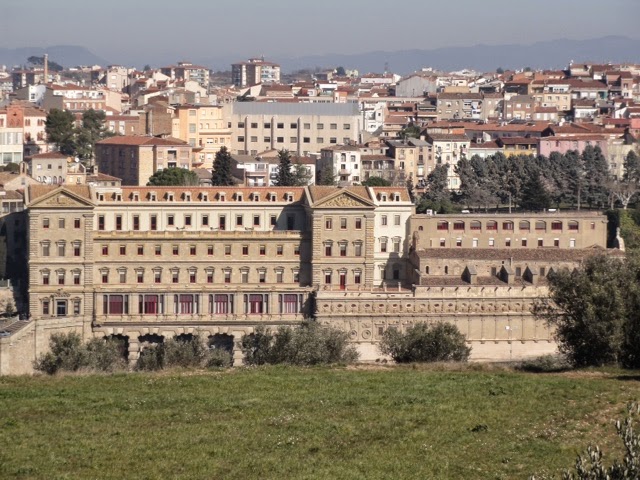 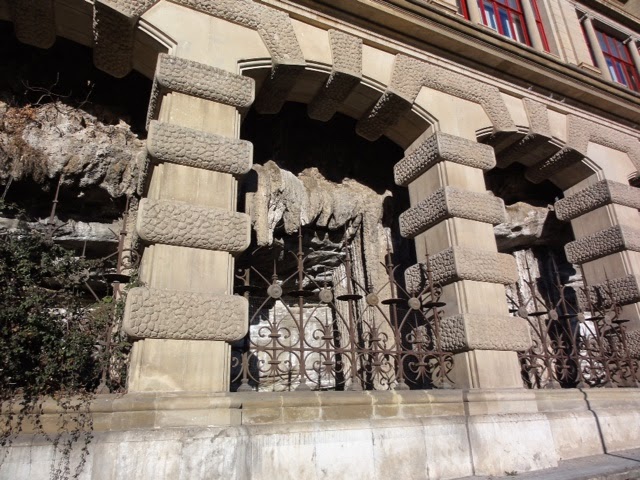 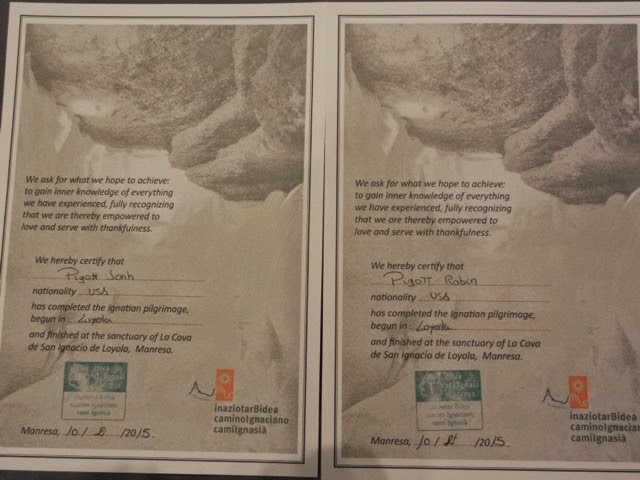