Somehow this post went missing during an attempt to publish it so I will recreate it and hopefully get it uploaded tonight. Second chance a charm...

We spent the night at the Hostal Elena in Fuentes. Elena our host spoke good English which helped in sorting out some taxi logistics for a lift out of Fuentes in the morning. A few phone calls later we had a plan, a friend of Elena's would pick us up at 8:30 and drop us off down the road about 7 K at the junction of the N 232 and the N 11. We would then walk into Pino de Ebro and continue on to Venta. The previous day's rains had left most of the off-road paths pretty muddy, especially in those flat areas without good drainage.

Our jump out of Fuentes would eliminate about 6 K of mud dancing. We walked on into the brightening day following the Camino arrows through Pino de Ebro. This was completely unnecessary, unless you have need of some service there, as the Camino path takes a long lazy loop through the village and deposits you right back in the N 11, not far from where you left it, for your efforts.

Leaving Pino one starts a long gentle climb up to the level of the Monegros Plateau (about 500 feet for today). The highway walking eventually leads you to a gravel path/road that in form or anther will take you all the way to Venta. As we climbed up the gravel oath had some muddy spots that held us back a bit, but they wind and then sun helped dry things out so overall we moved along pretty well. The change in the terrain was striking. I guess I was expecting something more desert like, but what we found was a broad prairie, with somebody rolling hills, and cut through by deep arroyos. It was strikingly similar to the Alto Meseta west of Castrojeriz on the Camino Frances. Another surprise was the color. The satellite map had everything in some shade of brown, but today all was green. There were obvious signs of tilled fields with bright green shoots standing 3-4 inches high, and shimmering in the gusty winds.

We have not seen one Camino Ignaciano pilgrim since we left Azpeitia. We did see a dozen Santiago bound pilgrims as we approached Logroño, but no one heading east. Today was no exception. Our solitude was only broken by a trio of Mad Max like off road vehicles, and a few hunters in reflective vests combing the distant hillsides. The weather stayed pleasant (except for the incessant wind) and we eventually raised the restaurant building in Venta on the horizon ahead. Nothing else was visible as far as the eye could see, and as it played out it was closed. Upon arriving at Venta we beat it around the building to find a quiet lee where we could make a phone call to our prearranged taxi driver, Carlos, to come pick us up. Twenty minutes later we were bombing up the N 11 towards Bujaraloz, and the Hostal El Español where we will be camped out for three nights. What a day. Just stunning. 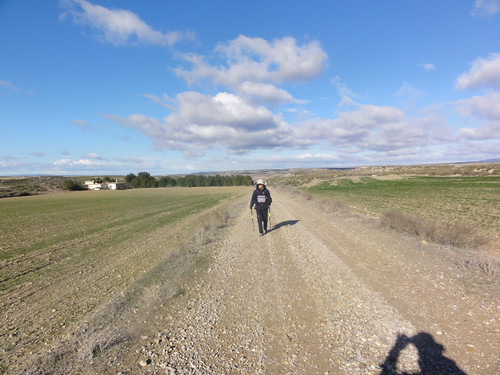 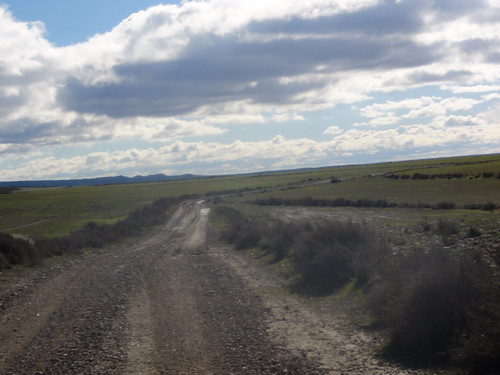 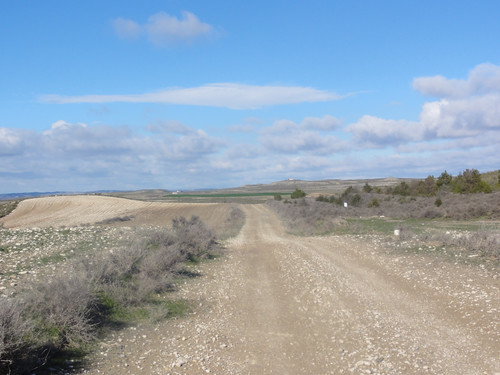 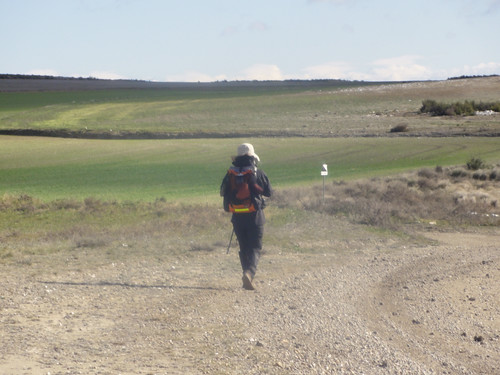 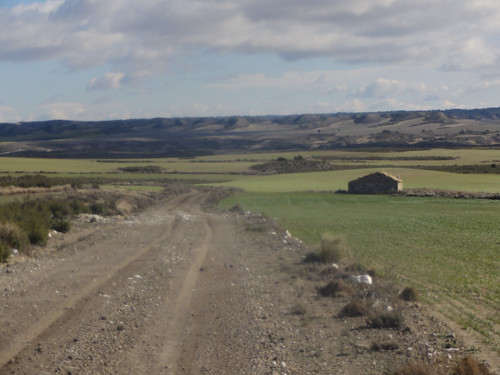 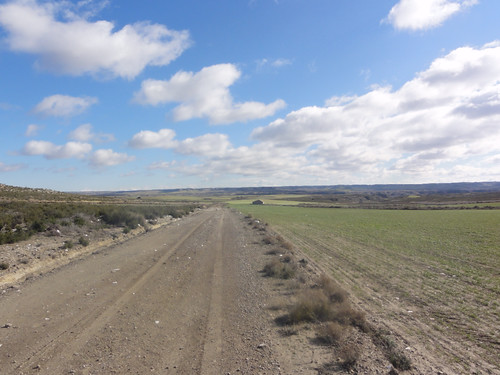 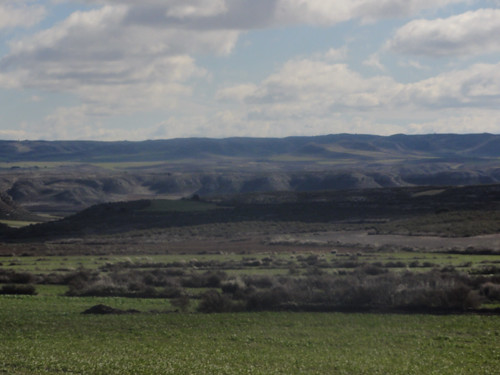 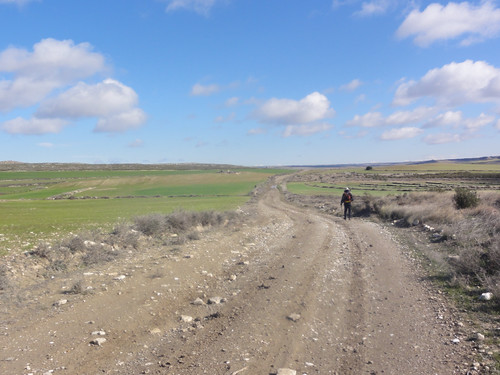 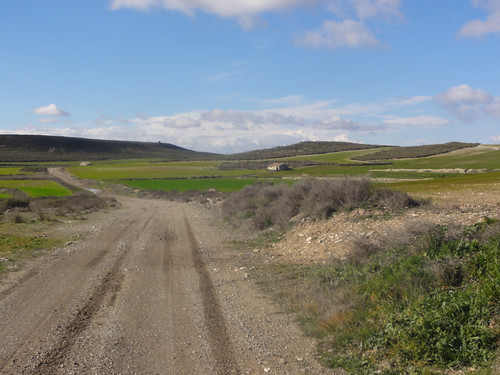 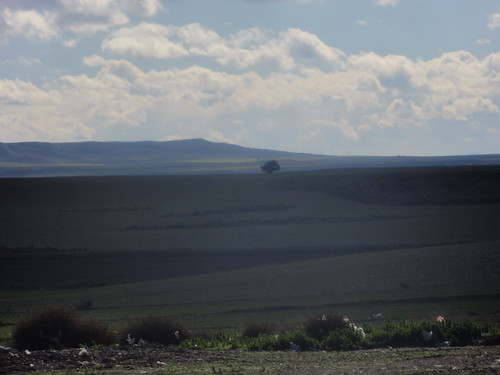 Posted with Blogsy
Posted by Kialoa3 at 10:56 AM