Sleep did not come easily last night for either of us. Who knows why the body does what it does. But, as a consequence of restlessness of the body I let my mind wander a bit to contemplate the journey ahead. It is in these quiet early morning hours that much useless detail gets rehashed. I wonder why I do this, but the future seems to have a magical hold on me even though I know most of what will happen is beyond my control. In the end things just happen and you deal with them as best you can as you hopefully continue moving forward. What I should have done at the outset was reflect on the present which is filled with promised prayers and intentions. Reflecting on those things always brings me back to the reality of pilgrimage, and assigns the journey a purpose. So with prayers offered sleep finally came and mercifully allowed night to become day without any further interruption.

Departure day is always exciting. An entire pilgrim road awaits us, and we are eager to get boots on and be off. The day in Seville began without a cloud in the sky. This blank azure canvas promised rising temperatures as the sky was absent of any cloud cover to moderate them. But, it was dry and a cool gentle breeze seemed to promise some relief from the heat that would surely test us as the day progressed. A nice breakfast fueled our enthusiasm as we slung our packs and hailed a taxi for Guillena, 22 Kms up the Camino, where we would begin our walk. The decision to skip the first stage was based on a couple of things. First we do not enjoy long walks along urban streets and roadways. Second, there have been some reports of attempted robberies on the first stage. Third, there is an arroyo (Arroyo de Molinas) where occasionally water levels can prevent crossing. All of these things together argued for a start in Guillena. For others and perhaps even most others a start from Seville is just fine. To each his own. It is all good. We were dropped off at the Hostal Frances in Guillena and after a fast cortado we slung our packs again and this time started out for Santiago. At last we were on the pilgrim road, and feeling great.

We found waymarks were plentiful, and once clear of Guillena, the trail was quite pleasant. It starts out pretty flat, but then you begin a gentle climb that lasts all the way to Castilblanco de Los Arroyos, our stop for today. We did encounter a group of three young Spaniards who are also bound for Santiago. So far that is the extent of pilgrim traffic for our day one. Today's walk took us through some beautiful olive groves, but in that same section the trail seemed to morph into a drainage ditch. It was quite rocky and narrow in parts and seemed not to offer any other place to go when wet weather fills the ditch with water. Judging by the extent of the erosion there must be some serious runoff coursing through here for some parts of the year. But, today it was thankfully dry, so we just picked our way up through the rocks and gullies. No problem. While today's walk at 18 Kms is not a long walk we found ourselves quite happy to finally crest the hill and enter Castilblanco. We enquired at the Repsol gas station for the status of the municipal albergue and found it was closed for the winter. The gas station attendant then directed to the Casa Rural (basica) Salvadora, 43 Avenida España, 24 euros for a double, no food available, hence the designation basica (I would guess). It is basic but clean and now so are we so all is good. When we asked about someplace to eat were further directed down the street to the Bar Rincón for a 7 euro daily menu (no wine included), and it was quite good. We struck up a conversation with the owner, Benito, and were able to arrange for a mate of his to drive us 16 Kms up the highway tomorrow where we will walk the off highway portion of stage two to Almendén de la Plata. So our first day on the Via de la Plata has gone quite well. Aside from just being tired nothing else has moved into the concerned about column. Many blessings indeed. 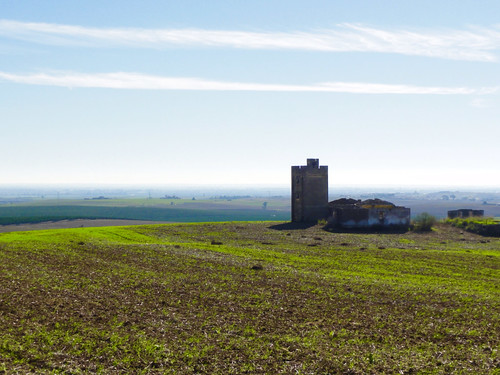 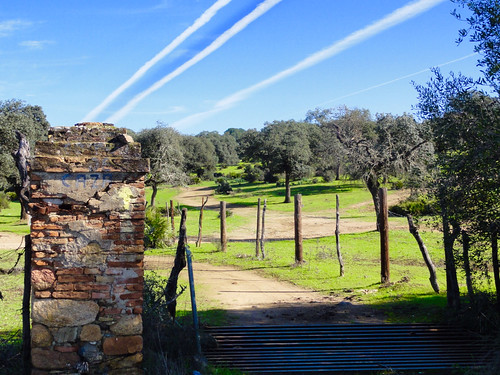 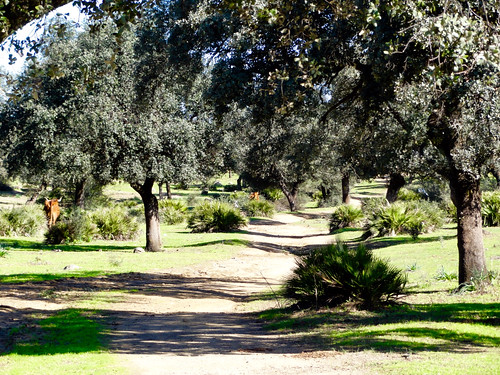 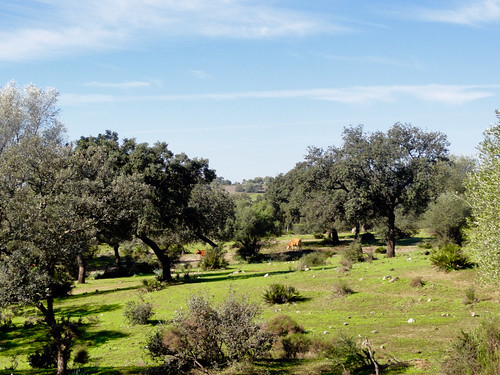 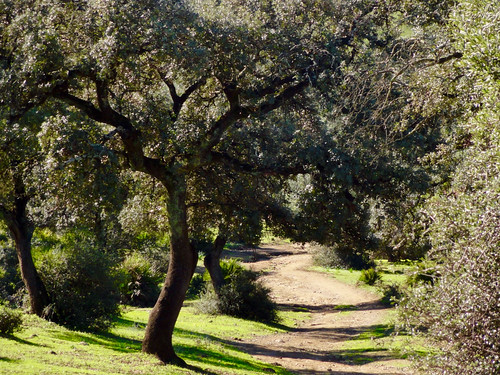 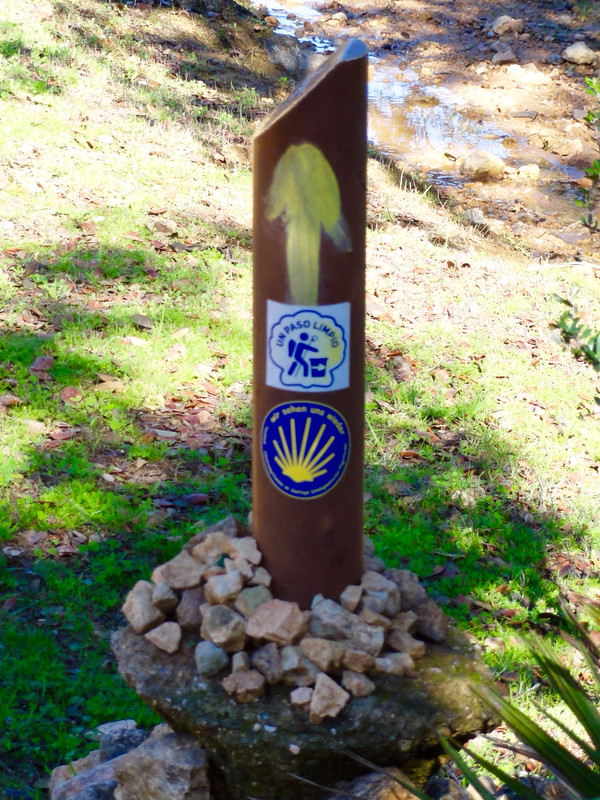 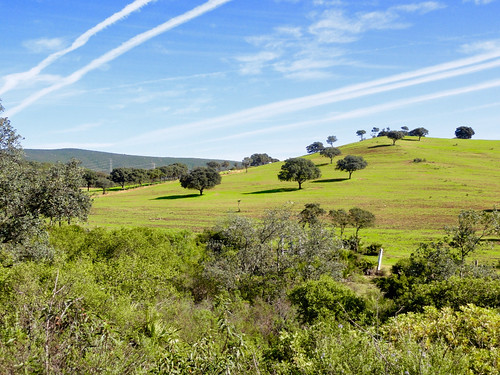 Posted with Blogsy
Posted by Kialoa3 at 10:31 AM