This morning we sorted out a plan to avoid walking 43 Kms today. This change in plans arose from the fact that the one hostal open in Embalse de Alcántara, our next stop, was fully booked by fishing enthusiasts. So we taxied to Casar de Cáceres (11 Kms) and then walked to Cañaveral (32 Kms) instead. It turned out to be a challenging, but doable day for us. Breakfast at our hotel started at 8:00 so we were a bit late getting underway. But we still managed to waive goodbye to our taxi driver at the Camino trailhead in Casar and get moving by 9:40. The clear weather in Cáceres slowly dimmed as pockets of fog and mist gradually moved in to embrace the trail leaving Casar. But, nonetheless we were off, and happy to be moving northward. 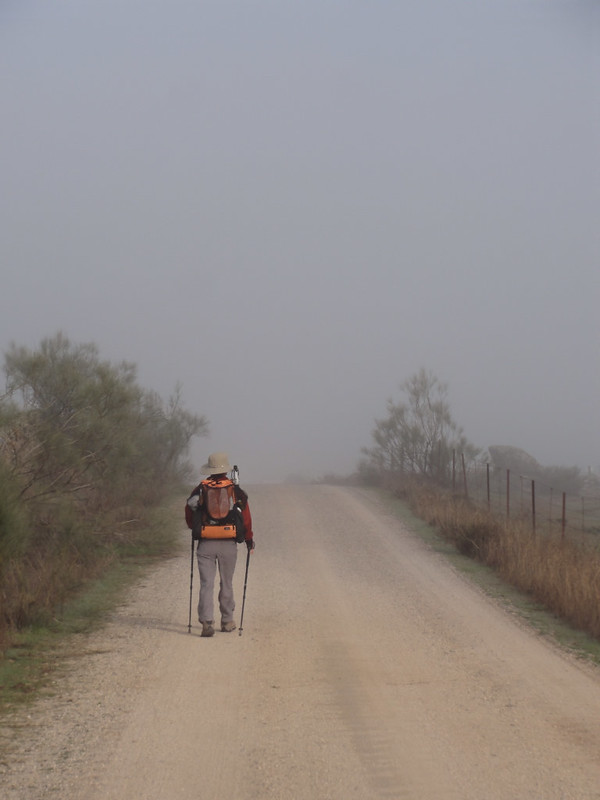 Today was a two part story. The first part was picture perfect Camino conditions. Our morning walk temperatures hung steady at 50 F. The trail was packed gravel road which made for very easy walking. As there were no other pilgrims with us today we took advantage of what we had, which was cows, and sheep. We enjoyed their innocent gaze that followed us as we moved by. Why are you staring at us? Never seen a pilgrim before? I guess it was just a slow news day. We moved along passing through farm gate after farm gate until we raised the reservoir. This is where the second part begins. We took a small detour around a highway construction project and wound up on the N 630 highway. We pounded that pavement for, I'm guessing, 6-7 Kms. This eventually brought us across the Tajo River and past the hostal where we had hoped to spend the night, but no room at the inn so onward we went in search of Cañaveral, 11 Kms further on. Just past the hostal we moved off the highway and back on trail but it was quite rocky, and stayed that way until we were about 4 Kms from Cañaveral where it smoothed out. At 5:15 we arrived at the Hostal/Albergue Cañaveral, tired but okay. As we checked in we met a new Camino friend from Korea. I explained that Robin was also from Korea and soon I couldn't understand a word being said. Her name is Hae and she is going as far as Zamora. Dinner followed and bed soon after. It was a good day. We shall see what tomorrow will bring. 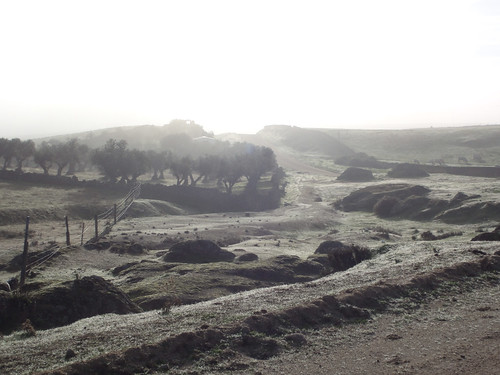 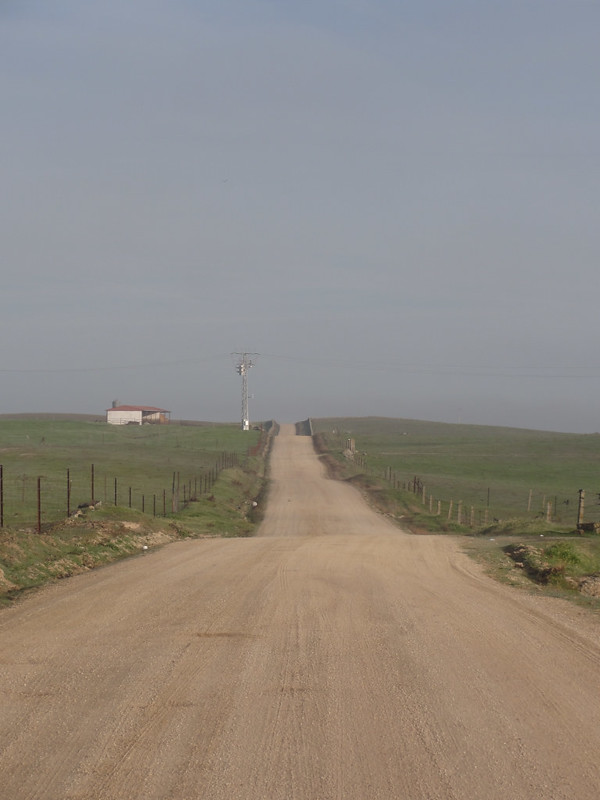 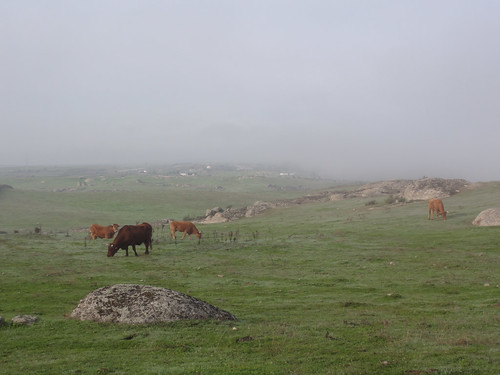 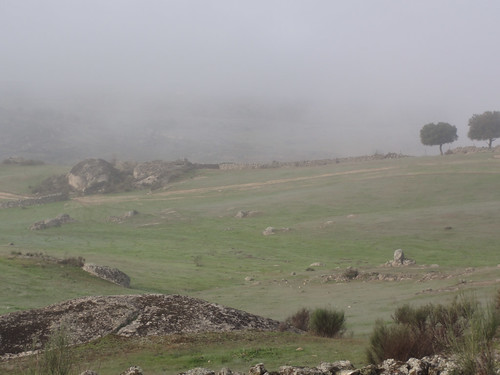 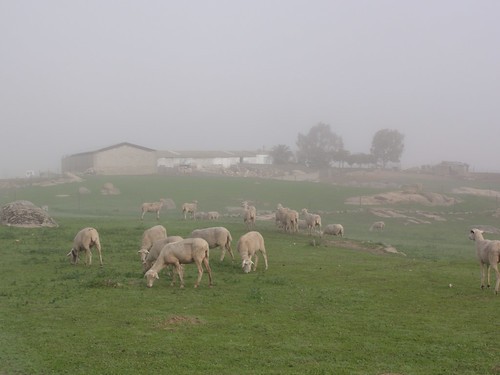 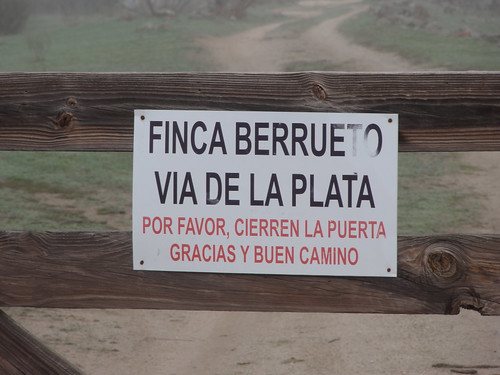 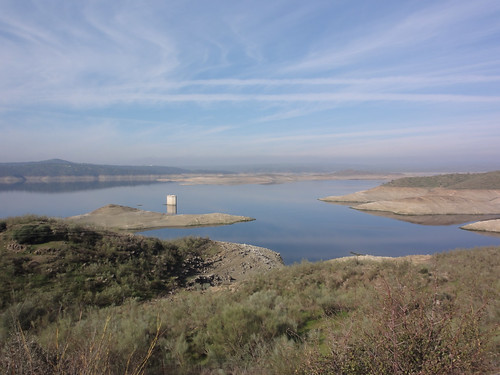 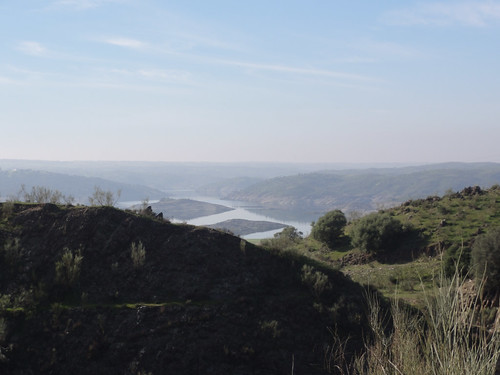 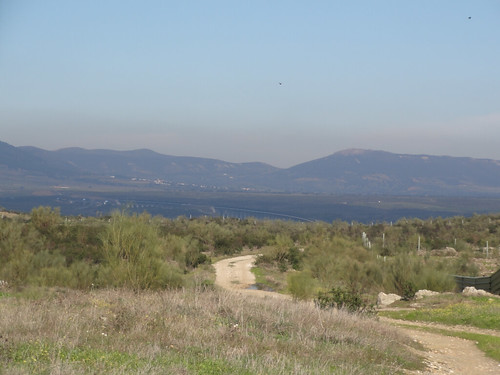 Posted with Blogsy
Posted by Kialoa3 at 10:43 PM