A thought came to mind this morning that this Camino has not felt rushed or pushed in any way. There are only a handful of pilgrims walking and accommodations have been plentiful (so far). So no pressure. We just get up, enjoy some breakfast and step back out the door and onto the Camino. At the end of the day there have been plenty of options for food and drink. It is great. So following along those lines we sat down to a coffee and tostada breakfast with a French friend, Giselle. Quiet conversation and simple food got us all ready for the distance we hoped to walk today. A curious note was that at somewhere around sunrise every bird on the property sprang to life. It was as if someone had simply switched them on. It was dead quiet and then it was all birdsong but not quiet melodious birdsong. It was more like I was here before you and you are not taking my place sort of birdsong. Sort of frantic, like crowd noise. But they seemed to be doing fine and no feathery forms tumbled down from the trees so I guess they worked it out. For us it was just the opposite. We quietly turned the key in a door, stepped out into a brilliant new day, offered our gratitude for all of this, and set out for Zafra.

Our boots met the trail as road gave way to gravel and we were off again. Nothing magical, no fanfare, just setting out for a good walk. That in my mind is magic enough. We walked into rising temperatures as once again the sky was absent of clouds. It was just a blue expanse from horizon to horizon. We knew today the terrain would be pretty flat and although we had 25 Kms to walk it would not be too demanding. So we took the slow and easy approach and ambled along stopping frequently for photos or a swallow of water. We were doing fine until we came to a place where water had filled the path. Our initial instinct was too stay dry and that set us off in search of a work around. Well that turned out to be a bad idea when my exploratory bushwhacking sent me head first into an arroyo that had a moment earlier looked like solid turf with reeds. No harm no foul. I was able to right the turtle (think backpack) and regain solid ground without any serious damage. We got to thinking what would be the worse case if we slid off a rock fording the stream, a wet boot. What would be the worse case if you tumbled into a ditch. Hmmm? Another Camino lesson learned. A half an hour later the sun was drying the mud on my boots and thoughts turned back to the road to Zafra and the kilometers still ahead.

The hours of the day slip by as you walk and before you realize it the day's destination looms ahead. And so it happened, we arrived at the city limits and immediately set a course for he Parador de Zafra, our indulgence for the night. Once again our umbrellas saved the day. We carried them the full way and were so thankful we had them. We have now showered, done the laundry, had a beer with a German friend and while on the way back to the hotel stopped by a bar for a glass of wine. The owner was a very pleasant guy and is a huge supporter of all things gastronomic in Extremadura. He rolled out his best Iberico ham, the finest hand prepared olives (his 85 year old father splits each olive withe a single stroke of a mallet), and offered us tastings of the local wines. He was fun, hard working and he won us over. We will shortly be back at his restaurant for dinner. I have a feeling it will be memorable. But for the moment a major wedding has taken over the Parador. There is much celebration, horse drawn carriages arriving, period costumes, and bride with a dress that trailed yards behind her. Quite a scene. All in all another beautiful day. 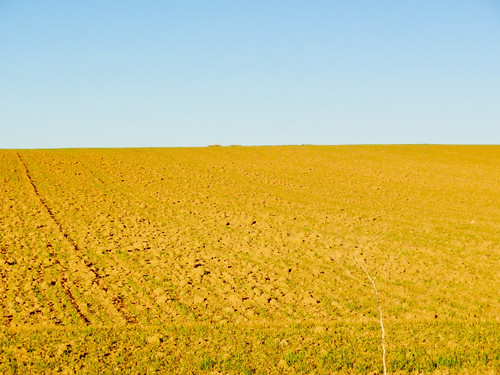 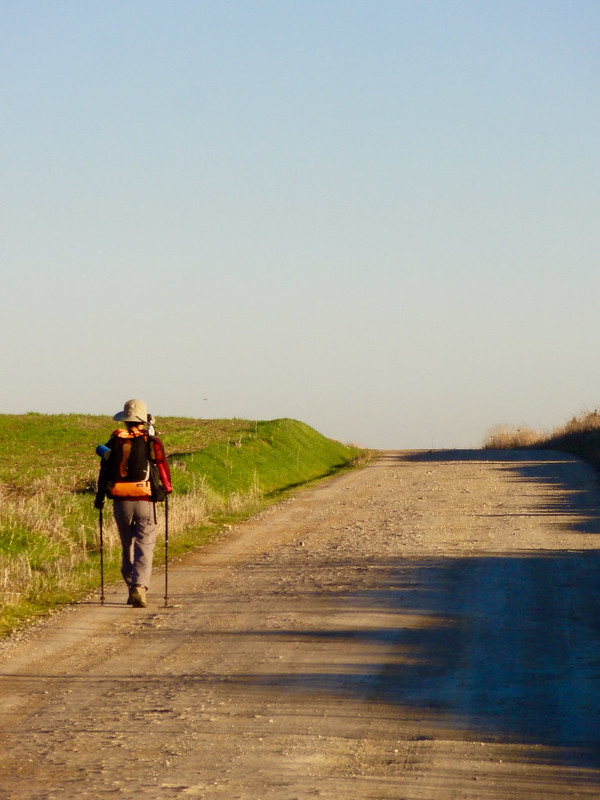 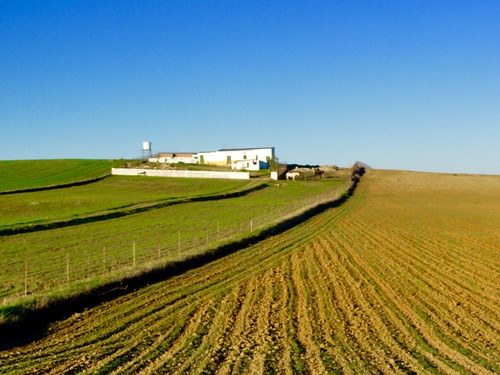 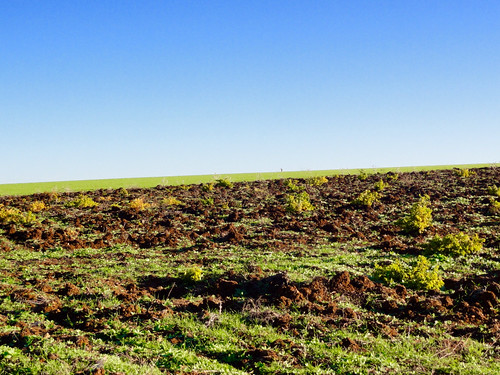 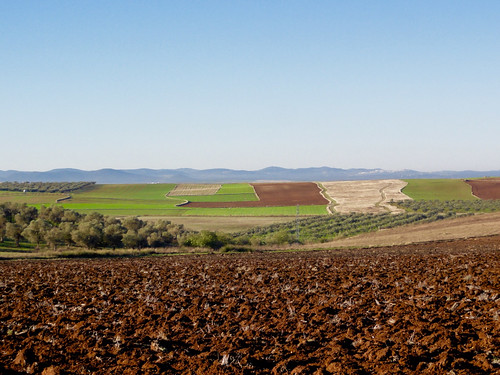 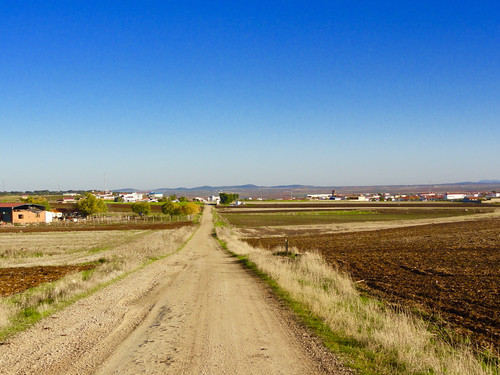 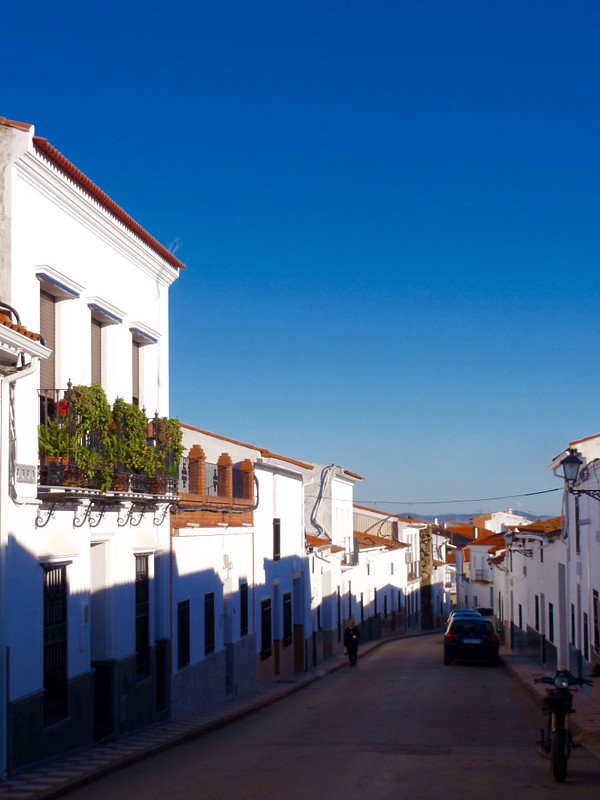 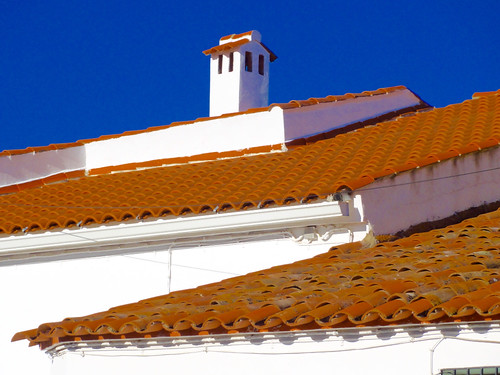 Posted with Blogsy
Posted by Kialoa3 at 11:21 AM