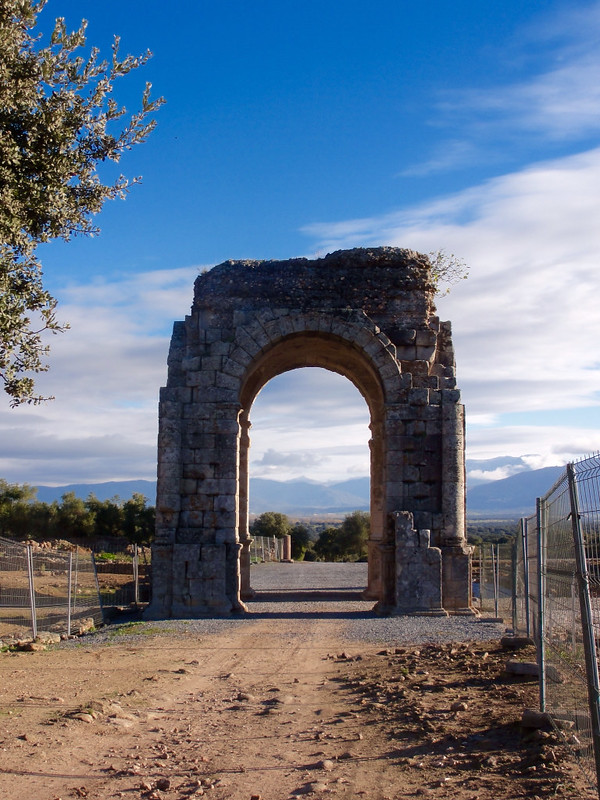 Today was a repositioning day. We spent the night in Plasencia and then right after breakfast we caught a cab to Cáparra. This was supposed to leave us with an 18 Kms walk but it just seemed a bit more according to our walking speed. Nothing scientific here just a hunch it is a wee bit longer than what the guide books say. Could be wrong as well. We had a great stay in Plasencia. We just wandered around the old city and eventually went to the 7:00 pm mass at the cathedral. Beautiful setting. Beautiful mass. So many prayers to offer and such great gratitude for coming this far. It has been a wonderful journey. We parted company without our Korean friend, Hae. She had some blisters and decided to take a bus to Aldenueva and walk on to Baños de Montemayor. So she is now a day ahead of us.

The first thing we saw this morning was the Roman arch at Cáparra. Many people have passed through this ancient arch but it still gets your heart rate up when you think about the civilization that could produce such things. To realize that the Via de la Plata passes right under it is a kind of a special treat. But it was soon time for us to be on our way to Aldeanueva. Today was the first day I wore my wool beanie. Temps were in the mid forties and only rose a notch or two above that all day. It was dry to start but as we moved along it was evident that change was in the air. As I watched the distant hillsides I could see low hanging nimbus slowly descending their flanks. Sooner or later we would meet. Just after noon a light rain started to fall and stayed with us for just over an hour. Not bad. We chugged along under the cozy dry canopies of our umbrellas and wondered where the heck this village of Aldeanueva was. It just seemed to draw back as we drew forward. Would we ever get there? We renewed our acquaintance with the N 630 for a bit, wandered off into the hillsides for a bit, and came back to the N 630 just as we approached our destination. Our lodging for tonight is the Casa Rural Caminante. Oddly enough it is right on the N 630. We had a reservation, but had to ring señora to come let us in. She was very nice as she buzzed around explaining switches, washing machine, door keys and who knows what as it all came in a machine gun burst of Spanish. I did much better with her daughter who actually handled the paperwork. I would guess she was around 10, and very professional. She soon had me checked in and the señora swept her up in her whirlwind vortex and departed. Big smiles all the while. It is a 3 bedroom new home. Robin and I have paid 40 euros for the entire house for one night. There is a fire burning in the grate. The laundry, fresh out of a brand new washing machine, is strung across it, and Robin and I are enjoying some left over wine from a late meal at the Bar/Restaurante Seba, which is 300 meters down the street. Just a note on how jam packed that bar was. Yes, it is a Sunday, and perhaps nobody in this village cooks on Sunday, because that is the only way I could explain the throng of people trying to get seated for a meal. It was absolute chaos, even by Spanish standards. Even close to 4:00 pm they were coming in three's and four's. The noise level was defeaning. The man and woman running the place were putting a brave face on it, but it was crazy. Maybe it was free food Sunday. Wow, what a scene. My head is still ringing. But, we are very well situated, stomachs are full, and now with the laundry taken care of we can think of bed. Another day on the Camino. Another gift to be grateful for. Loving that fireplace as well. 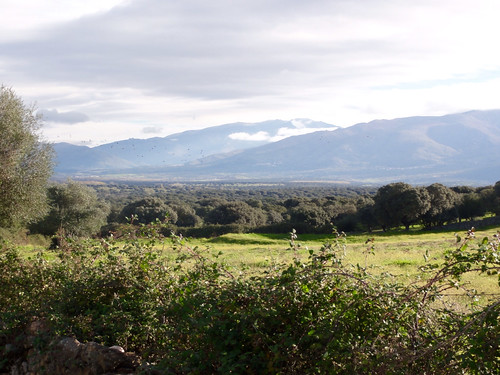 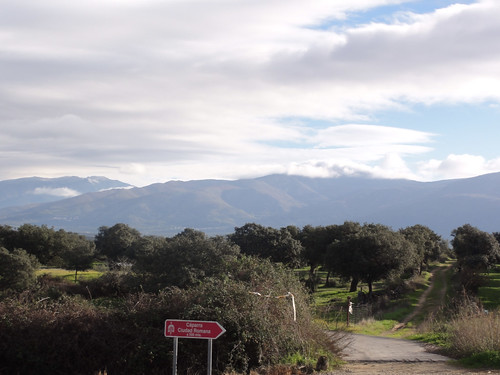 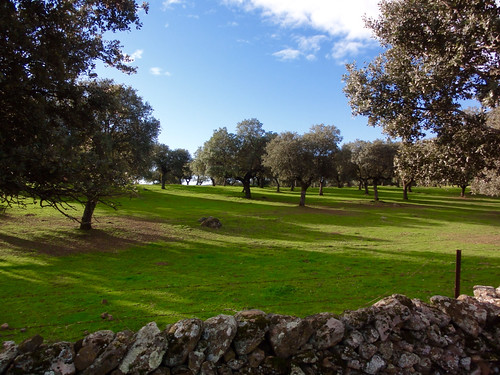 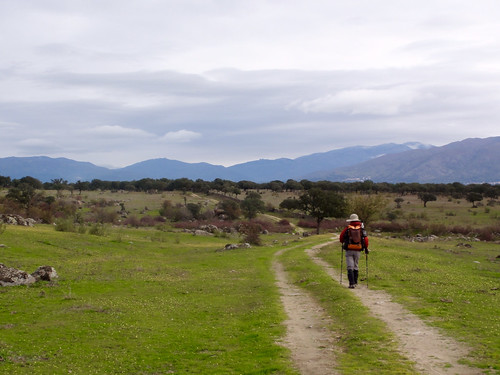 Posted with Blogsy
Posted by Kialoa3 at 10:22 AM