Our hotel was quiet as a tomb when I slipped downstairs at 7:30. No lights were on save one lamp in the kitchen where señora was finishing folding our laundry. I retreated unnoticed so as not to interrupt her work. About 20 minutes later I ventured downstairs again. Still no lights. Señora was rounding the corner with a stack of laundry and we exchanged pleasantries. I scooted with the laundry so as not to delay our departure and she added breakfast now or later. Definitely now, as day was breaking and first light looked promising. Time to hit the trail so to speak. We finally munched our way through tostadas and coffee, and made it out the door at 9:00 ready for another day in the Basque Country. The overnight rain disappeared as we set out. It was close to 40 F and the air was quite still. Perfect. Taking a turn around I marveled at this beautiful countryside and reminded myself how fortunate Robin and I are to be in this place at this time. But, it was time to go to work, so off we went chugging uphill from the first step.

Today's highest elevation gained was about 2000 feet. It was a steady moderate climb that steepened towards the summit. It was slow going approaching the summit, but nothing like yesterday. On top the temperature had dropped to 30 F. We set off following a well marked trail that eventually connected with a nice gravel road, that changed to a paved one that led directly to Araia. We saw one day hiker on our way up to the summit, and two more hours later coming up from Araia. No fellow pilgrims in the neighborhood. The traverse along the upper section of today's walk started in rock studded meadows, and then transitioned into woodlands. Light snow started to fall shortly after reaching the summit. It came and went as the kilometers passed by. At one point I could see fog clinging to the valley slopes to our right. Occasionally light winds would push the fog upslope until it spilled over across our path threatening to close in on us. But, it had second thoughts and gradually slipped back into the valley below. By now the snow started to thicken, and before long we had a nice moderate snowfall going on. Onward we pushed confident we knew where we were going (and it turned out we did). At one point there is a deviation you can take that brings hikers off the gravel road and onto a forest path that also leads to Araia. At this point I realized that the gps track I had only followed the gravel road. There was nothing that covered the forest path. I had read comments on the Camino Ignaciano website that said it was easy to get lost on this path. Our decision was made once the weather started to act up. We would trust the road versus taking our chances in the woods.

The day played out quite well. The snow eventually faded to a light rain and then dried up. The gravel road true to its reputation led us straight to Araia, and a very nice bar with a crackling fire in the hearth. What more could a pilgrim ask for. But wait. We could not find lodging in Araia so we booked into a truck stop hotel in the town of San Roman, 3.5 K from Araia. The owner of the bar agreed to give us a lift. So after coffee and a bit of warming up off went the three of us for the short hop to San Roman. What a nice guy. As it turns out the truck stop hotel was perfect. Clean, modern, a heating system that works and you can actually control, a restaurant that is basically open all the time, and a washer and dryer. We are now off to the bar with our laundry sack in tow. Another gorgeous day on the Camino Ignaciano under our belt. 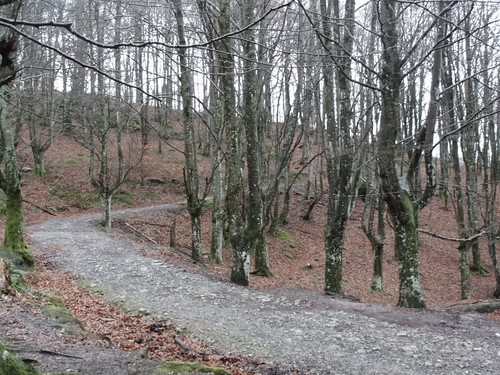 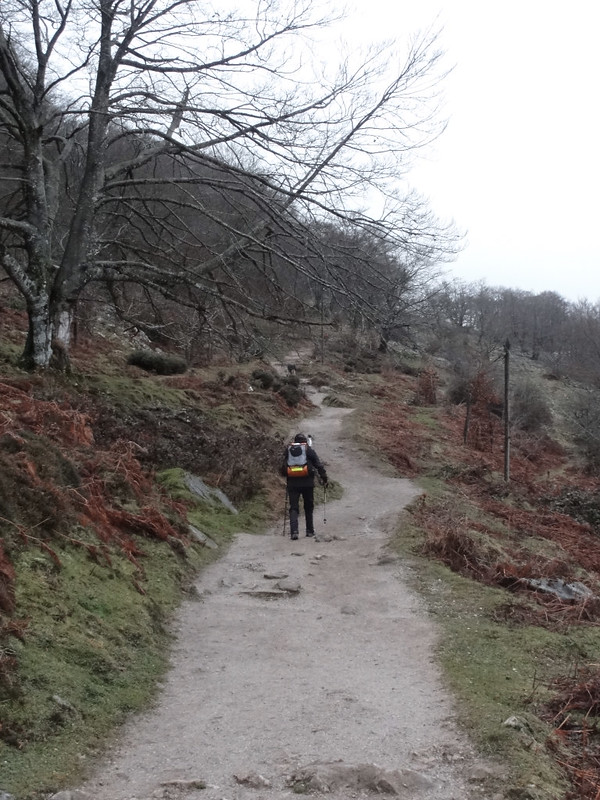 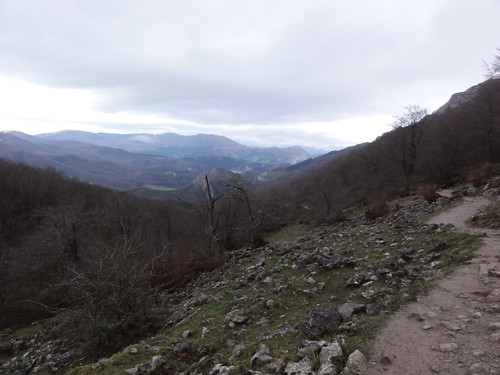 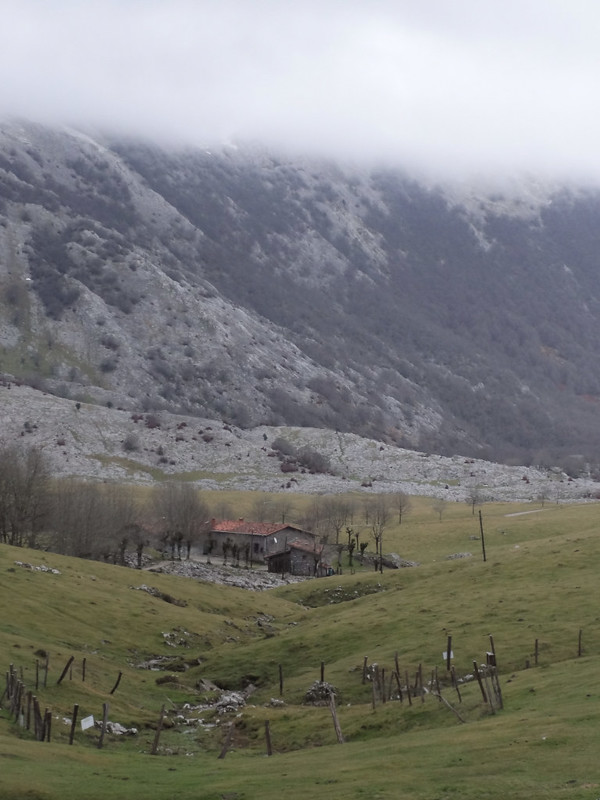 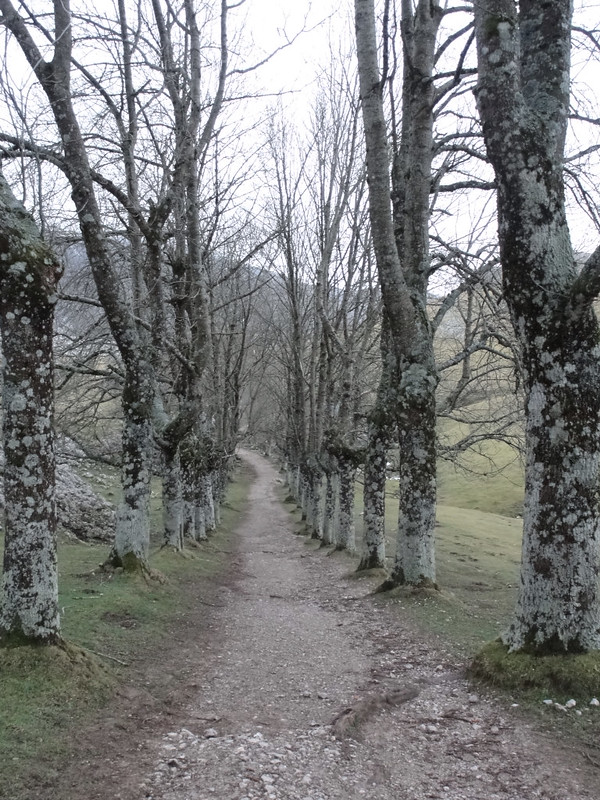 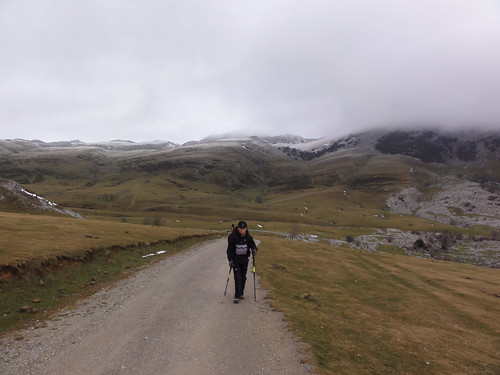 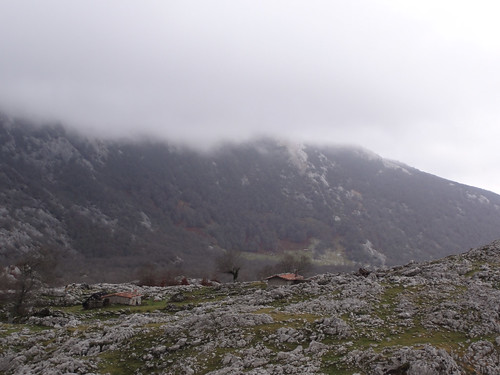 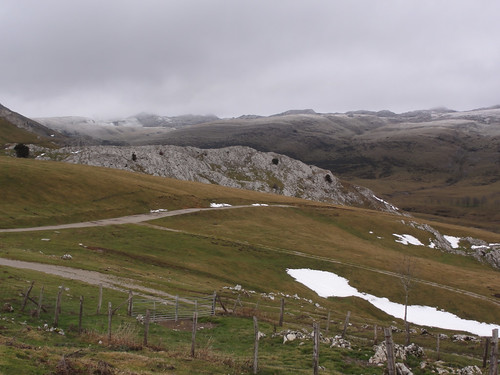 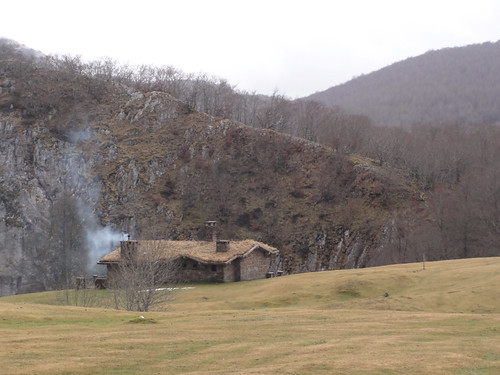 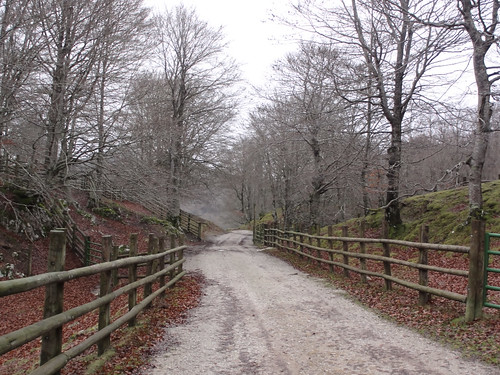 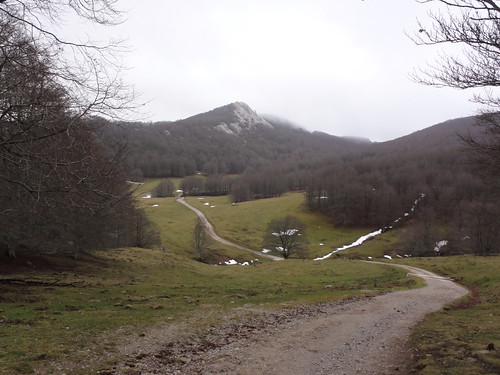 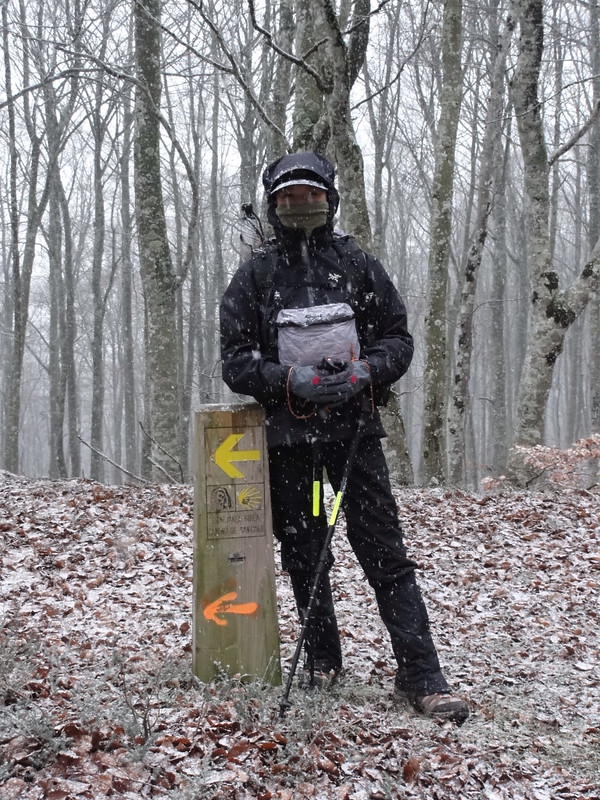 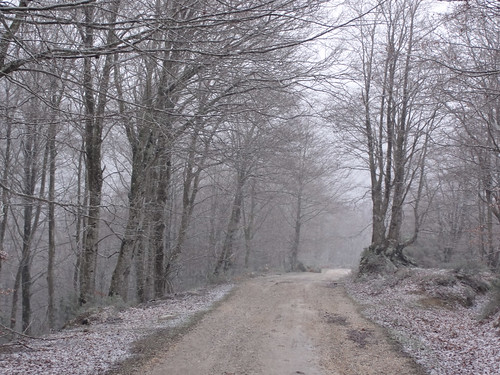 Posted with Blogsy
Posted by Kialoa3 at 9:13 AM