Today was a bit of a crazy day. Our intention was to walk from San Vicente de Arana to Santa Cruz de Campezo via Orbiso. This stage has two different route options that both lead to Santa Cruz de Campezo and then on to Genevilla. Our host, Guy, was happy to drive us back to San Vicente to begin our wak, so off we went. The day was cold (32 F), but thankfully calm. A gunmetal sky threatened snow but only a few flakes drifted down as we started out. Upon arrival at San Vicente we thanked Guy for the ride, got our bearings (we thought) and set out for the Camino trail. Today's shortened walk was part of a broader plan to join Guy and his wife Mirabel for a nice Sunday lunch. He has been so kind picking us up at Alda and shuttling us around that we wanted to treat them to a nice meal. The restaurant reservation was for 3:00, and it was quite a way out of town, so we agreed that we would walk to Santa Cruz where Guy would pick us up and drive us back home to Genevilla so we could clean up a bit before lunch.

As we were only going to walk perhaps 10 K we got a little lax with our navigation, and took the wrong path. We had intended to walk the shorter path to Santa Cruz, but wound up on the longer one instead. This became obvious when we pulled up the map and saw the town of Oteo (which we were looking at) firmly planted on the route we had wanted to avoid. As lunch was the controlling event for the day, and as it was clear that the only way we would make it was to walk a local road directly back to Santa Cruz, so that is what we did. We did see a few kilometers of today's trail, but that was all. We hope to be back in form for tomorrow's 27 K day to La Guardia.

An interesting note for those considering this Camino is the lack of lodging options in this area. We were lucky to find Guy's casa rural, Usategieta, open, as he is closing for vacation next week and will not reopen until sometime in March. He said there was one other casa rural in Santa Cruz, but that is it. So there is no place to stay in Alda, or anywhere else between Alda and Santa Cruz. Prior planning is absolutely necessary to find a bed for the night, and a ride to it. I know there are at least a couple more situations like this, further down the Camino, where stage breaks occur in very rural towns with no services. 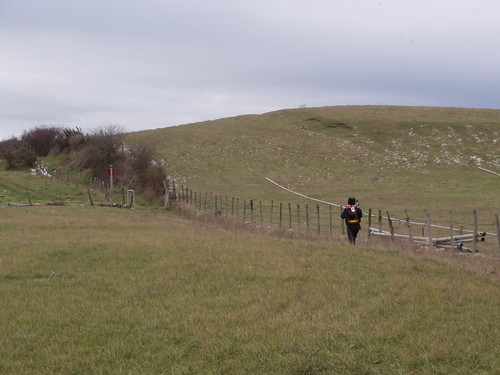 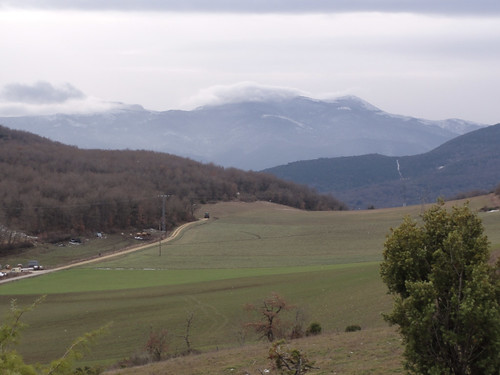 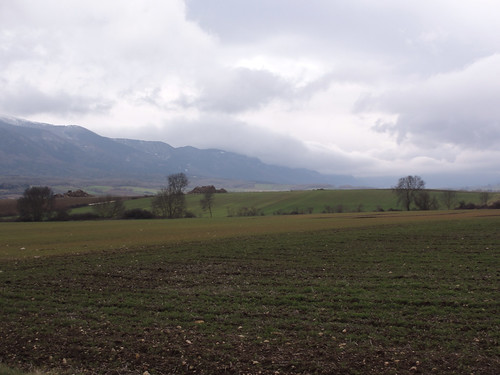 Posted with Blogsy
Posted by Kialoa3 at 9:41 AM