We awoke to a chilly (36 F) morning.The sky was partly cloudy, and the forecast was for a dry day. The temperatures were going to creep up close to 50 today, so we could be shedding jackets a bit later on. Today's walk would be quite similar to yesterday's. It would prove to be a long flat trek through agricultural areas that stayed close by the east-west rail line. It was a truly unremarkable, but pleasant day. We chugged along looking for waymarks and checking the gps when none appeared (which was frequently). We had set out at 9:00, and by noon we were having a coffee in Rincón de Soto which was about half way for today. All morning we just headed east squinting into the sun. At 12:20 we pulled out of Rincón, picked up the Camino path out of town, and resumed squinting into the sun (even though the sun was a little higher in the sky and more to our right).

Today's agricultural report includes the news flash that Rincón and the surrounding area is a major pear growing area (who would know?). The orchards were quite evident as we left town, even trumping the vineyards for planted acreage (for a wee bit). Tearing our eyes away from the rows of pear trees we returned our focus to the rifle barrel straight gravel path ahead (and behind). We stayed close aboard the rail line and after much crunching of gravel started up a very long avenue that would swing left and drop us off in Alfaro, and as a nice bonus, right at the front door of our hotel. We swung through the door at 2:40 foot sore and thirsty. We are doing the usual pilgrim chores, and ablutions and will head into town for the Saturday vigil mass, at 7:00 pm, at the Sam Miguel Collegiate (which also claims, at over 100 nests, the highest concentration of white stork nests over one building in the world...top that!). We also passed the ruins of a Roman Ninphaeum (now you don't pass one of those every day). Apparently it was a place where the local Romans worshiped the nymphs of Alhama (?) until the 4th century. It is now a national monument. Well that covers the points of interest and the archaeological highlights. I just knew there was a reason we were meant to be here.

We are off tomorrow, via the gravel path next to the rail line once again, to the town of Tudela. This is all new ground for Robin and I so each day holds the potential for wonders anew (nymphs, storks, pears In Rioja???). Feet and legs are holding up well enough (discounting the usual aches and pains). No blisters (big smile). Still very pleased, and blessed, to be on the road to Manresa. St. Ignatius pray for us. 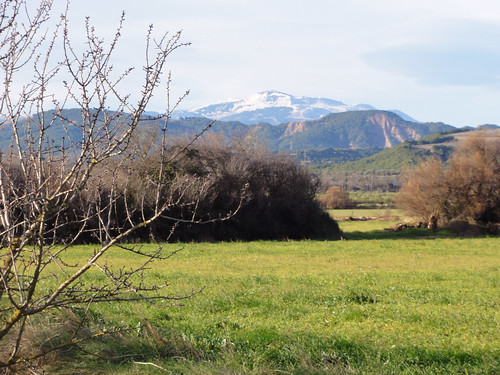 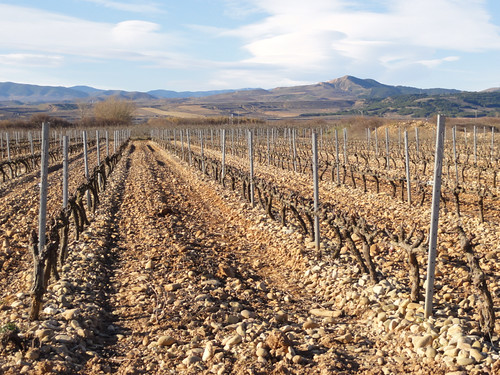 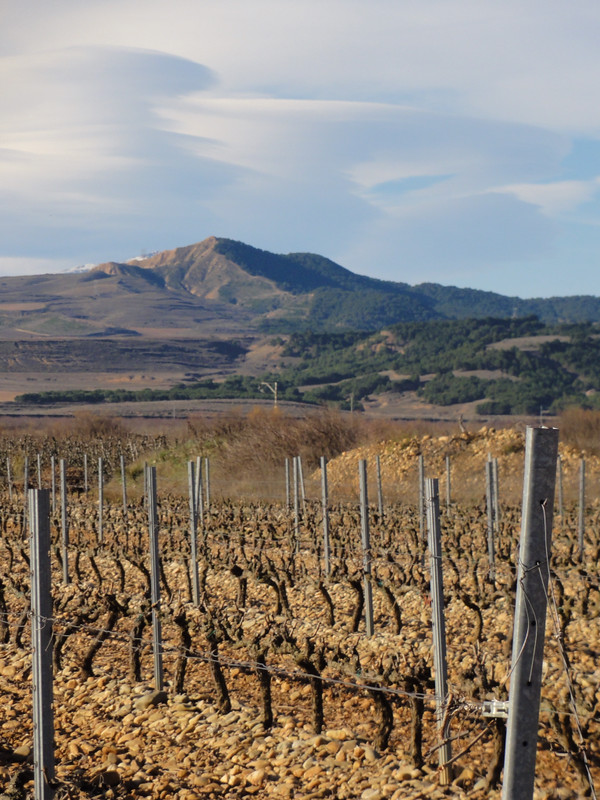 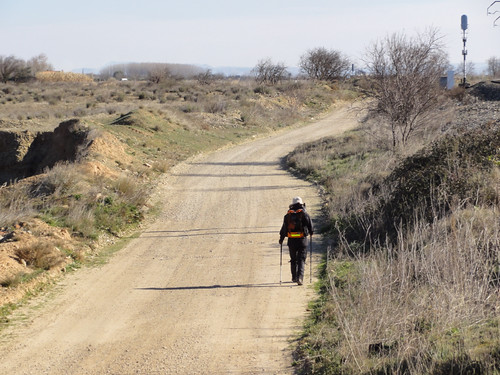 Posted with Blogsy
Posted by Kialoa3 at 10:52 AM