Today was definitely pay back day for being so lazy yesterday. We did have a very nice Sunday lunch with our hosts Guy and Mirabel. We returned from the restaurant in the early evening and by 7:30 I was in bed. Robin read for a bit but it was lights out for me until 6:00 am. We awoke to a light coating of snow over Genevilla. Temps were in the mid 30's and the sky was not telling us much one way or the other, but Guy assured us that the weather would be clear going over the pass that leads to a town called Lapoblacion on the other side of the the mountains. So after exchanging photos and best wishes, and packing two very nice bocadillos that Mirabel had prepared, we were off (at 9:15) slip sliding down the icy streets of Genevilla to find the trail head.

Once on the Camino we set a pace we thought we could maintain all day and got to work. We wound along the perimeter of several fields listening to a guidebook that Robin had recorded (easier than trying to read it off a phone in the snow glare). I checked the gps track and eventually we made it to the point where were climbing for the pass, about a thousand feet above us. The sun was now firmly out and turning our climb into another gorgeous snow scene. Everything was glittering, crisp, and cold. As we ascended the trail became more of a track with 10 inches of snow to shuffle through. Up we went slowly and carefully, reading trail marks, marveling at the beautiful scenery, and taking lots of photos. We reached Lapoblacion around noon (8.7 K in just under 3 hours).

From Lapoblacion the day's walk leads you around the base of the mountain range, and drops you into Laguardia 18.3 K away. We walked steadily until 2:00 when we broke for lunch, and 15 minutes later we walked for another 3 hours to get to Laguardia. We were walking in snow for about 5 hours in total. It was hard walking in those conditions. You just consume a lot more energy to cover the same distance. The weather on the other side of the mountains was all over the place with a mix of sleet, heavy snow showers and quite warm sun breaks. The final stroke was when we were 30 minutes out from Laguardia a serious snow shower swooped down off the mountains and turned Robin and I into a couple of Christmas displays (flocked pilgrims?). But our hotel was almost in sight and spirits were running high as a hot shower was only minutes away. We are now close to Rioja and from what we can see the wine business in this town dominates the landscape. It is definitely all about wine. Might just have a glass after I post this. In short a great, but long day. All is well. 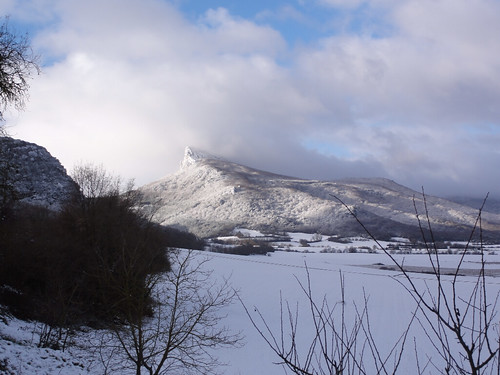 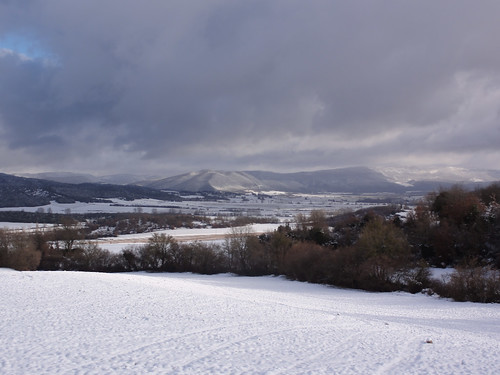 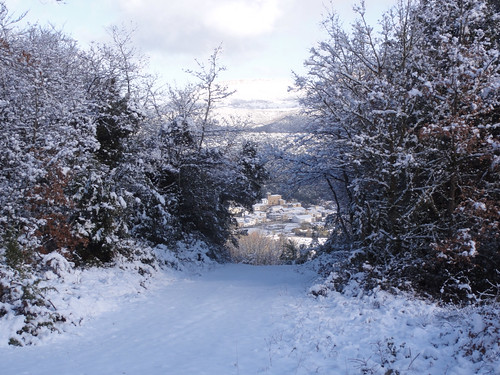 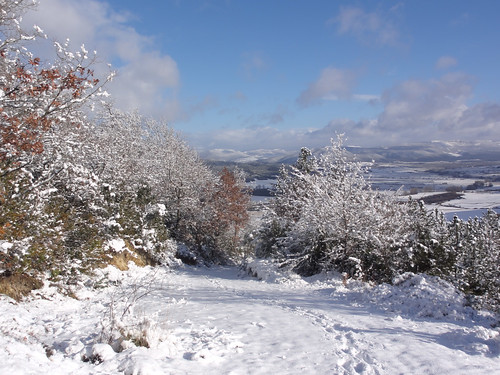 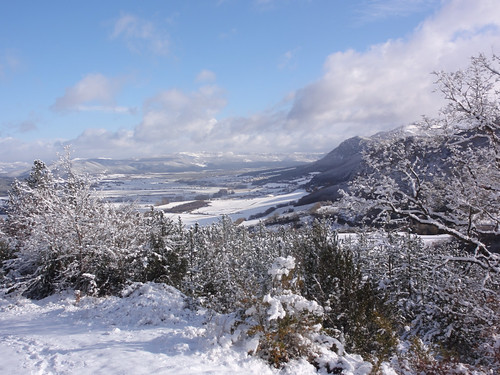 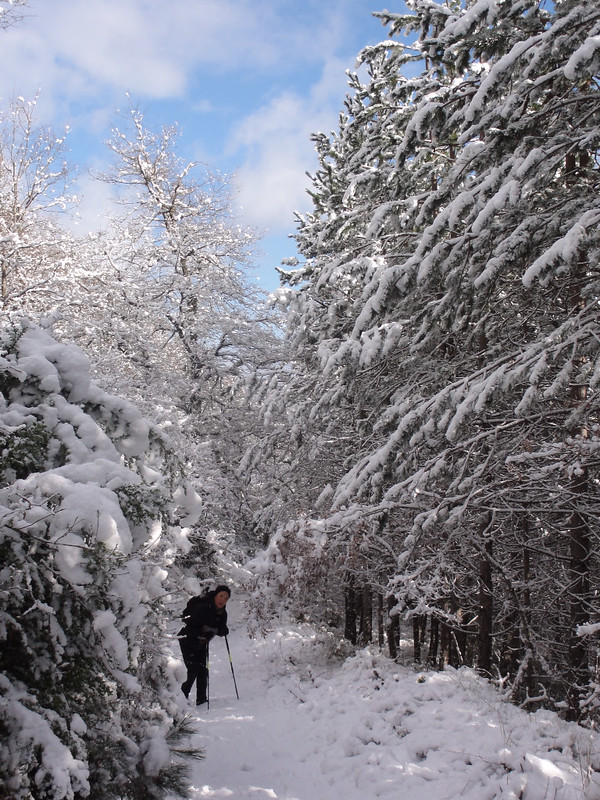 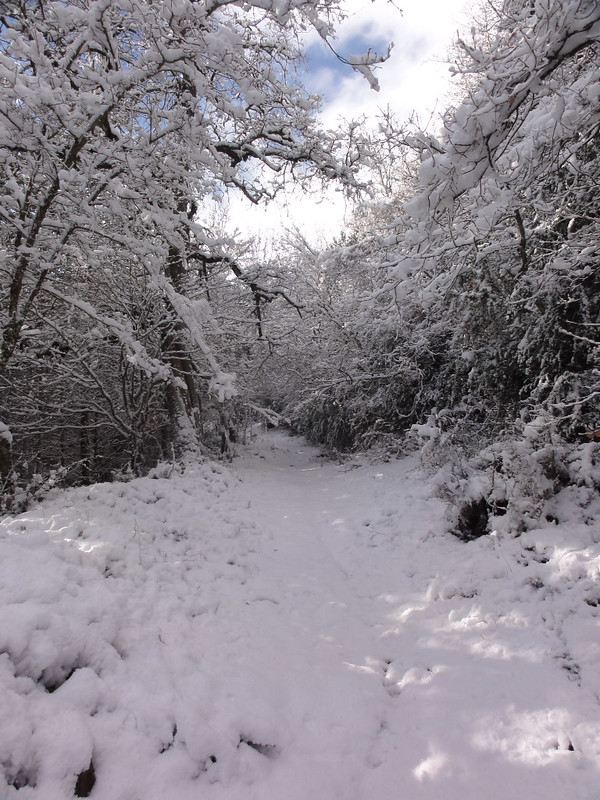 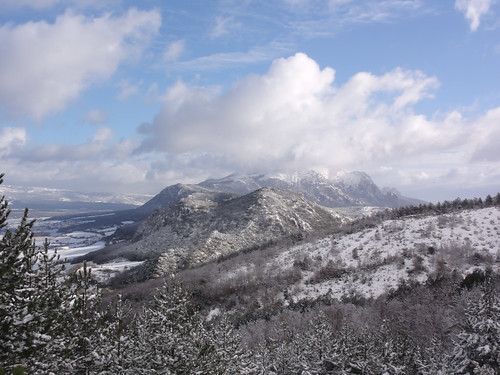 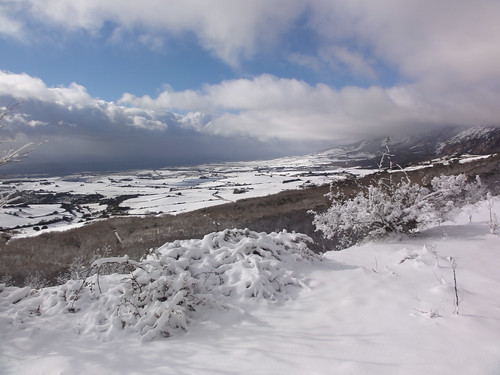 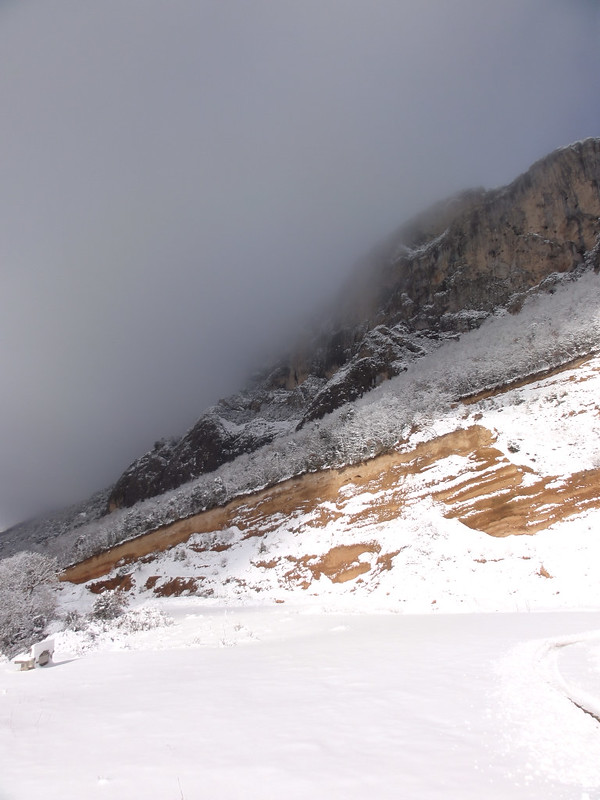 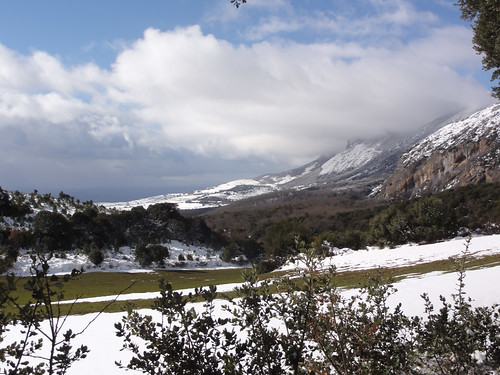 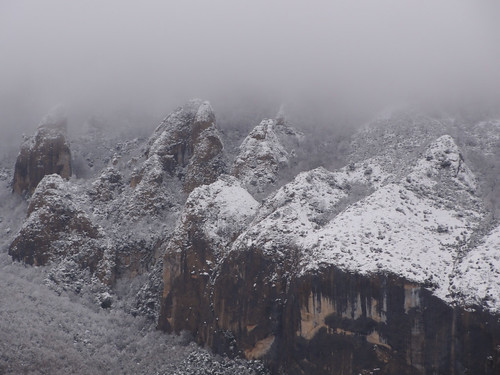 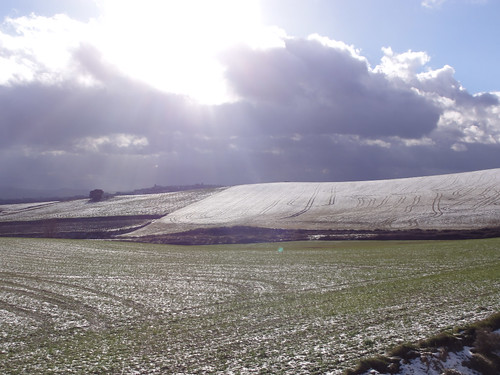 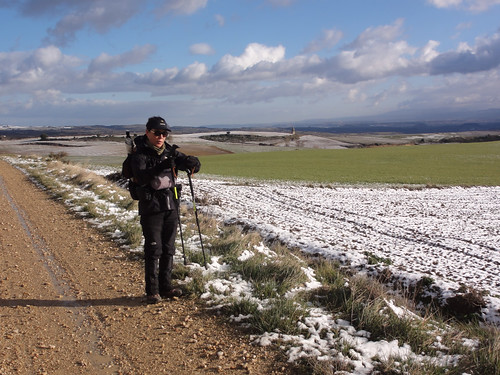 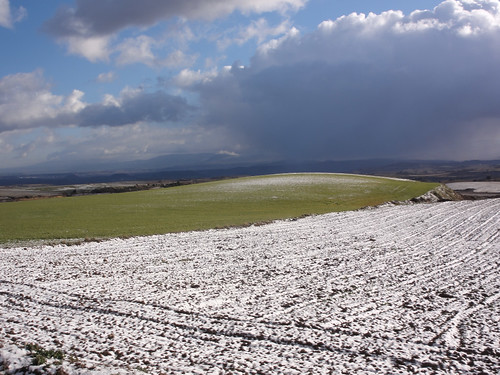 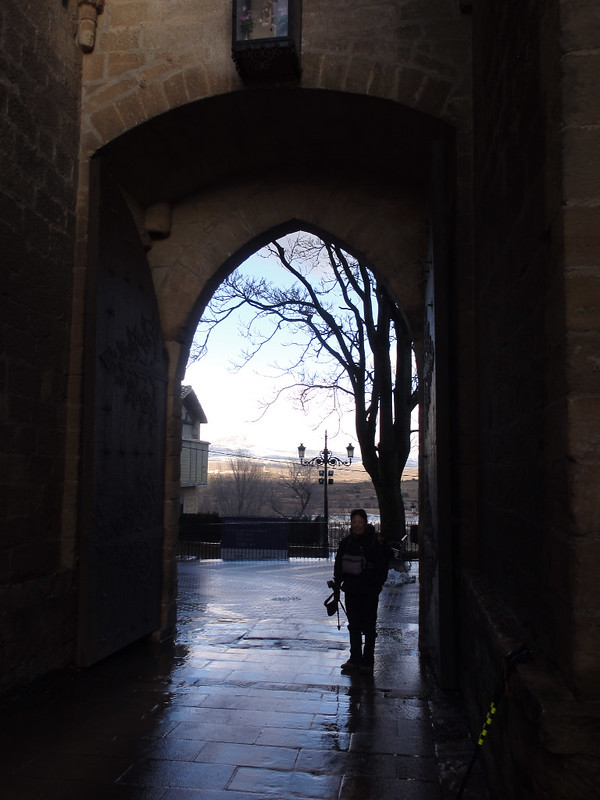 Posted with Blogsy
Posted by Kialoa3 at 10:48 AM